Head of the Association of Halabja Martyrs and Victims of Chemical Weapons said they identified 27 companies that sold chemical weapons to then Baath regime led by Saddam Hussein. 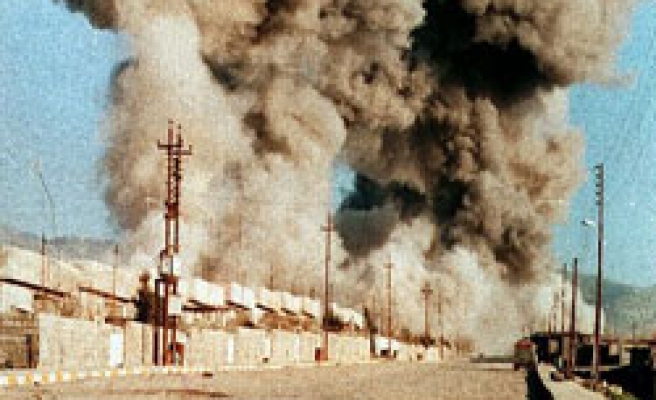 The families having lost their relatives in the Halabja Massacre are getting prepared to file a lawsuit against the international companies that sold chemical weapons to the then Baath regime of Iraq.

Speaking to Anadolu Agency, Head of the Association of Halabja Martyrs and Victims of Chemical Weapons Lokman Abdulkadir said they identified upon thorough research that 27 companies sold chemical weapons to the then Baath regime led by Saddam Hussein.

He stated that they had received 850 petitions up to now from the relatives of the victims to level a charge against those companies.

"After collecting all of the bills of complaint, we will appeal to the International Criminal Court (ICC) in The Hague to file a lawsuit against these companies," he noted.

Reminding the previous lawsuit brought against 450 companies for selling chemical weapons to the then Baath regime, Abdulkadir stressed that they gathered information, documents and evidents regarding the 27 companies of of US, German and French origin.

"The verdict of the ICC will be of utmost impoorrtance in terms of recognition of the Halabja Massacre as a genocide. The warcrafts of Baath regime bombed Halabja on March 16, 1988, killing 5,000 and wounding hundreds of others. We want the companies selling those chemical weapons to the Baath regime to be called to account, be judged and pay compensation to the victims and their families," Abdulkadir said underlining the importance of the case to prevent any repetition of such a crime against humanity.

The Halabja Massacre, also known as Halabja poison gas attack or Bloody Friday, was a genocidal slaughter against the Kurdish people that mounted by the then Iraqi government forces in the Nortern Iraqi town of Halabja near the Iaranian border on March 16, 1988, during the closing days of the Iran–Iraq War, through the use of chemical weapons.

Launched as part of the Operation Anfal, the 1986–1989 campaign conducted by Saddam Hussein's regime's to terrorize the Kurdish rural population and end the peshmerga rebellions by brutal means, the attack claimed the lives of around 5,000 people and injuring around 7,000 to 10,000 more, most of whom were civilians.

In the years after the attack, thousands more died of complications, diseases, and birth defects as a result of the incident officially defined as an act of genocide against the Kurdish people in Iraq and recorded as the largest chemical weapon attack targeting a civilian-populated area in history.

The Iraqi High Criminal Court recognized the Halabja massacre as an act of genocide on March 1, 2010 which was also condemned as a crime against humanity by the Canadian Parliament.