Hundreds have been wounded in the latest attacks in Jerusalem 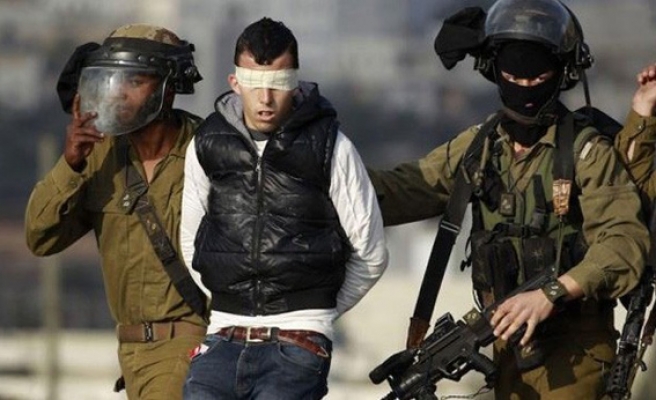 Violence between Israelis and Palestinians threatened to spiral out of control Saturday after unrest spread to Gaza, the Palestinian death toll rose and a new stabbing by a 16-year-old hit Jerusalem.

While Israeli Prime Minister Benjamin Netanyahu and Palestinian president Mahmud Abbas have sought to avoid an escalation, frustrated Palestinian youths have defied efforts to restore calm and a wave of stabbings has spread fear in Israel.

The rocket caused no damage and there was no immediate claim of responsibility. Israel regularly responds to such rocket fire with air strikes, but had not done so by Saturday morning.

A 22-year-old Palestinian shot by Israeli police during clashes in east Jerusalem late Friday died of his wounds Saturday. According to police, he had opened fire at security forces at the Shuafat refugee camp.

The Gaza Strip had been mainly calm amid the unrest elsewhere, but Friday's clashes further heightened fears that a wider Palestinian uprising, or intifada, could erupt.

Clashes broke out on Friday east of Gaza City and Khan Yunis along the border with the Jewish state.

The Israeli army said there had been "multiple violent attempts to storm the border fence" and "1,000 rioters infiltrated the buffer zone," throwing a "grenade, rocks and rolled burning tyres" at the soldiers.

"After firing warning shots, forces on site responded with fire towards main instigators in order to prevent their advance and disperse the riot," a statement said.

Seven Palestinians were killed, including a 15-year-old, and 145 were wounded, medics said.

It was the worst day of violence in the Palestinian enclave since last summer's war with Israel, which killed more than 2,200 and left 100,000 homeless.

The clashes came as Hamas's chief in Gaza, Ismail Haniyeh, called the violence an intifada and urged further unrest.