Residents in the refugee camp in Syria are currently drinking contaminated water, said an activist. 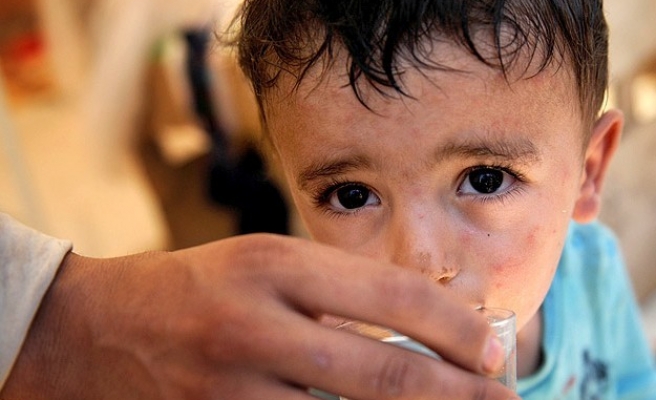 Thousands of Palestinian refugees sheltering at Yarmouk camp are on the verge of facing death as the Syrian regime has not provided drinking water for at least ten days, an activist in the camp said on Thursday.

"Death is threatening the lives of 20,000 civilians due to the water shortage, with no water around Yarmouk," Rami Sayyid told Anadolu Agency, claiming the humanitarian situation was worsening in southern Syria.

"The camp residents are in unbearable conditions and are drinking contaminated well water provided by aid agencies, which he said is causing concern amongst health officials who fear the spread of contagious diseases."

Tens of thousands of people, mostly Palestinian women and children, live in the camp, which has remained under siege of the Syrian regime forces and pro-regime militias since last September.

Located on the outskirts of Damascus, eight kilometers from the city center, the camp accommodated more than 160,000 Palestinian refugees before the Syrian civil war started in March 2011.

Around 140,000 refugees had to leave the camp due to the Syrian civil war which has killed more than 160,000 people and displaced millions of others since then.