West ignored Russian offer to have Assad step aside 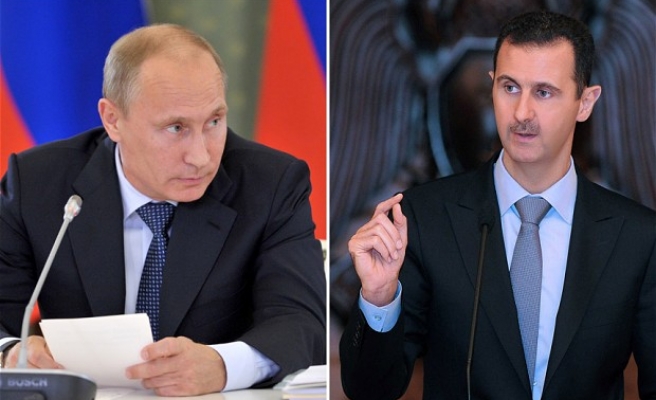 Russia apparently proposed that Syrian President Bashar al-Assad would step down as a part of peace deal in 2012, however Western powers failed to seize such an opportunity, The Guardian reported Tuesday.

Former Finnish president and Nobel peace prize laureate Martti Ahtisaari claims that during talks with envoys from the five permanent members of the UN Security Council in February 2012, the Russian ambassador, Vitaly Churkin, laid out a three-point plan, which included a proposal for Assad to cede power at some point after peace talks had started between the regime and the opposition.

However, the U.S., UK and France expected Assad to fall soon one way or another, so they rejected the proposal.

"It was an opportunity lost in 2012," Ahtisaari said in an interview.

Officially Russia has been on Assad's side since the civil war in Syria broke down. Assad himself stated that Russia will never abandon him. Recently Moscow begun sending troops, tanks and aircraft in an effort to stabilise the Assad regime and fight ISIL.

On February 22, 2012 Ahtisaari was sent to meet the missions of the permanent five nations (the US, Russia, UK, France and China) at UN headquarters in New York and attend talks on Syria.

"The most intriguing was the meeting I had with Vitaly Churkin because I know this guy," Ahtisaari recalled. “We don’t necessarily agree on many issues but we can talk candidly. I explained what I was doing there and he said: ‘Martti, sit down and I’ll tell you what we should do.’

Churkin declined to comment on what he said had been a “private conversation” with Ahtisaari. The Finnish former president, however, was adamant about the nature of the discussion.

"There was no question because I went back and asked him a second time," he said, noting that Churkin had just returned from a trip to Moscow and there seemed little doubt he was raising the proposal on behalf of the Kremlin.

Ahtisaari said he passed on the message to the American, British and French missions at the UN, but he said, "Nothing happened because I think all these, and many others, were convinced that Assad would be thrown out of office in a few weeks so there was no need to do anything."