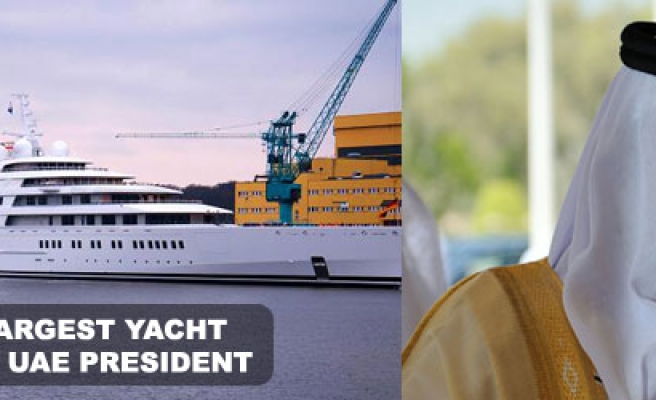 The world's largest superyacht is revealed to belong to Sheikh Khalifa bin Zayed al-Nayan, President of the United Arab Emirates and Ameer of Abu Dhabi who is supporting and funding the massacres in Egypt, which has taken the lives of at least 525 people on Wednesday.

The floating palace boasts six bridges and a 6000-square foot (550 square meter) lounge, and can move at a top speed of 31.5 knots (58 kilometers per hour), making it the third-fastest yacht in the league.

The United Arab Emirates reaffirmed its support for the crackdown today.

"What is regretful is that political extremist groups have insisted on the rhetoric of violence, incitement, disruption of public interests and the undermining of the Egyptian economy, which has led to the regretful events today," claimed the statement, published in English on Thursday.

The UAE provided $3 billion of the $12 billion total financial aid promised by wealthy Arab Gulf nations to Egypt following the overthrowing of Morsi.

West give the antidote to those Arabs aligned against Islam when Israel releases biological terrorism against Arab males as authenticated by Hadith of Rasulullah (saw)?