Four people died of starvation and lack of medical supplies in the Yarmouk Refugee Camp in Syria. 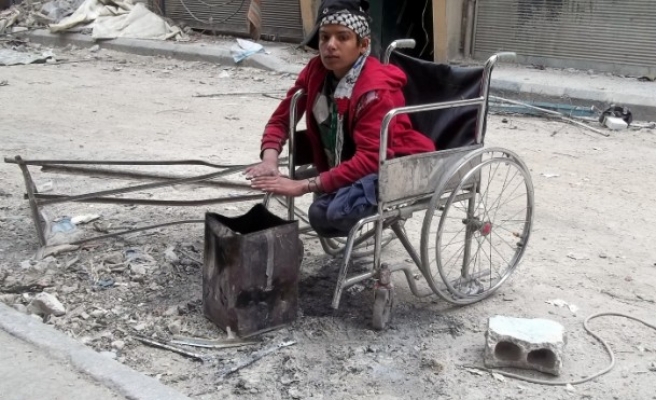 World Bulletin / News Desk
Four more people died of starvation and lack of medical supplies on Wednesday in the Yarmouk Refugee Camp bringing the total deaths from starvation in the camp to one hundred, according to a statement from a coalition of 40 Syrian opposition groups, the Syrian Revolution General Commission (SRGC).
There are currently 18,000 people living at the camp which has been under siege by Syrian regime forces and pro-regime militias since September.
Eighty-two refugees died of hunger at the camp in 2013, and it is feared that the number of refugees dying of starvation may continue to increase due to blockage of humanitarian aid coming to the camp.

Most of those seeking shelter at the camp are Palestinian women and children.