Yarmouk camp starvation deaths up to 96

Deaths from starvation in the Yarmouk Palestinian refugee camp rose to 96. 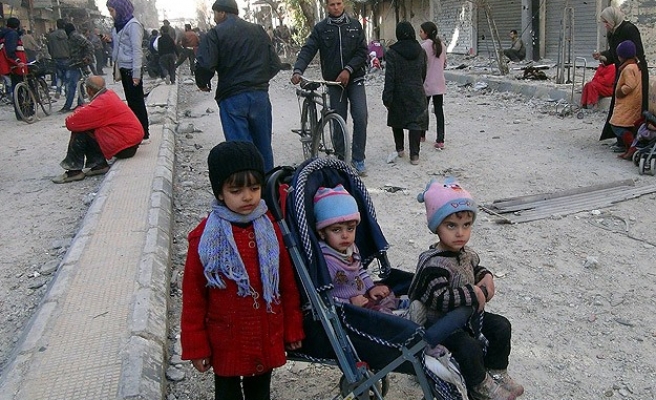 The deaths of three residents of the Yarmouk Palestinian refugee camp on Monday brought the total number of residents who have died from hunger in the camp to 96.

Rami el-Seyyid, an activist from the region, said that the death toll had reached 96 after three people died.

El-Seyyid said, "The regime forces have removed a lot of students in the camp and the families of the students do not receive any news from them."

El-Seyyid said that 45 thousand people live still in the camp.

The camp has been under siege from Syrian regime forces and pro-regime militias since September.

Palestinian refugees have been severely affected by the ongoing armed conflict, with virtually all of their residential areas experiencing armed engagements or the use of heavy weapons.

Of the total 540,000 Palestine refugees in Syria, almost all require assistance.