Sheikh Harith bin Ghazi al-Nathari was on AQAP's legal committee and served as an adviser on legal and religious affairs, the statement said. 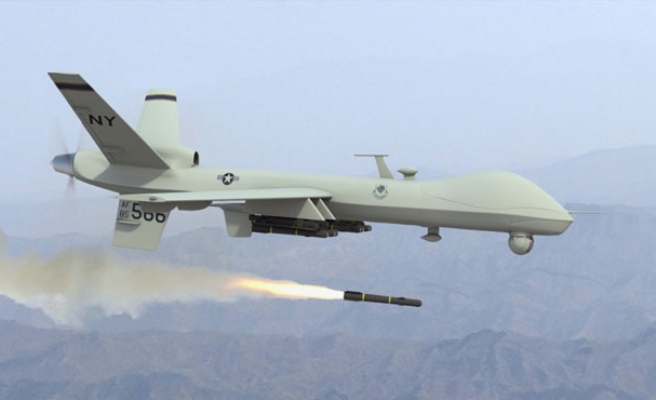 The Yemeni arm of al Qaeda said on Thursday that one of its leading members had been killed by a U.S. air strike while travelling in a car in the southern province of Shabwa on Jan. 31.

Three other al Qaeda fighters were also killed in the strike, Al Qaeda in the Arabian Peninsula (AQAP) said in statement posted on Twitter.

Sheikh Harith bin Ghazi al-Nathari was on AQAP's legal committee and served as an adviser on legal and religious affairs, the statement said.

AQAP claimed responsibility for last month's deadly attack on France's Charlie Hebdo newspaper in Paris and is regarded as one of the global militant group's most potent branches.

Saturday's strike was followed by at least two more, showing there has been no let up in a U.S. campaign against suspected militants despite a power vacuum created by the advance of Shi'ite Muslim Houthi rebels into Sanaa and the resignation of president Abd-Rabbu Mansour Hadi.

On Monday, at least three al Qaeda suspects were killed by a U.S. drone in southeastern Yemen.