Fuel shortages and lack of medical supplies are threatening to close the doors of a children's hospital in Yemen. 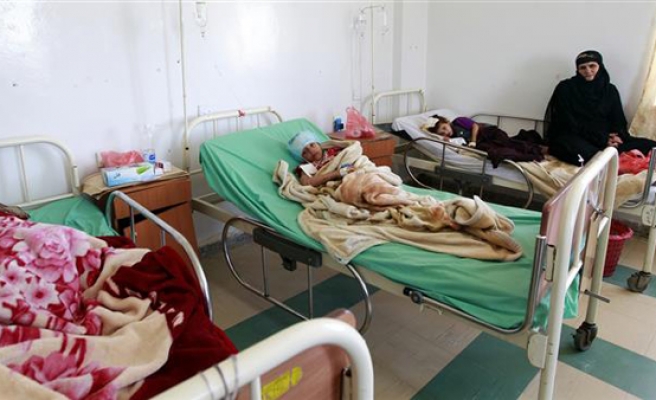 A major hospital in Yemen's rebel-held capital is on the verge of shutting down due to a supply shortage caused by a pro-government coalition blockade, Save the Children has warned.

"Critical fuel shortages and a lack of medical supplies could force the Al-Sabeen Hospital to shut its doors within 48 hours," the humanitarian organisation said late Sunday.

The hospital supported by Save the Children is the main facility for children and pregnant women in the area, and serves an estimated three million people, the organisation said in a statement.

The Saudi-led coalition, which mounted an air campaign against Iran-backed rebels late March in support of exiled President Abedrabbo Mansour Hadi, has imposed a blockade on areas controlled by insurgents.

The hospital was reliant on the Red Sea port of Hodeida for 90 percent of its imports, Save the Children said.

Fuel that the hospital acquired from the black market was enough to run power generators for two more days, he said.

Across Yemen, 15.2 million people are lacking access to basic healthcare, an increase of 40 percent since March, the organisation warned.

More than half a million children are expected to suffer severe acute malnutrition this year, and there has been a 150 percent increase in hospital admissions for malnutrition since March, it said.

"It is crucial that enough medicines, supplies and fuel are able to get in to the country, otherwise the number of children dying from treatable illnesses is only going to get bigger," said Edward Santiago, Save the Children's Yemen director.