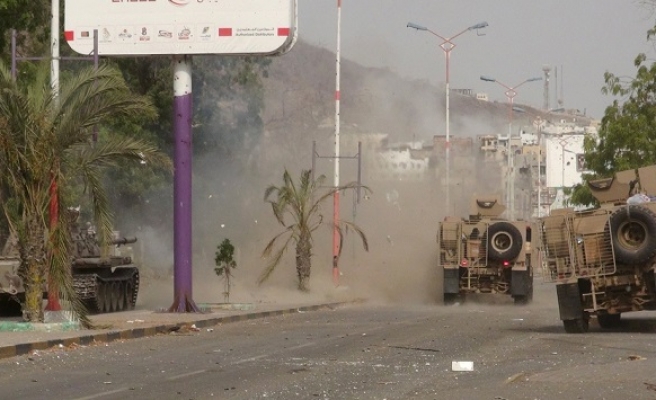 Loyalist forces pushed Al-Qaeda out of parts of Aden on Wednesday in a new drive against the extremists in Yemen's second city where the internationally recognised government is based, military sources said.

Troops and militia retook the central prison and deployed on main roads across the Mansura residential district after a three-hour gunbattle with the extremists, the sources said.

There was no immediate word on casualties.

The Sunni extremists of Al-Qaeda have exploited conflict between the government and Shiite rebels who overran the capital Sanaa in September 2014 to expand their control in the south.

A Saudi-led coalition, which intervened in support of President Abedrabbo Mansour Hadi when he fled into exile in March last year, concentrated its firepower on pushing the rebels and their allies out of Aden and neighbouring southern provinces, and the extremists took advantage.

Zinjibar residents said that Al-Qaeda fighters were evacuating public buildings in the city on Tuesday in apparent fear of new strikes.

The coalition raids follow a U.S. strike against an Al-Qaeda training camp outside Mukalla last week that killed 71 militants, according to provincial officials.

On Tuesday, hundreds of people took part in an Al-Qaeda-organised protest in Mukalla against the U.S. raid, witnesses said.

"U.S. raids will not defeat us," banners carried by the demonstrators said.

But other residents resisted the extremists' efforts to get them to join the protest, the witnesses said.

There has been no let-up in the longstanding U.S. air war against Al-Qaeda's Yemen-based branch, which it regards as the extremist network's most dangerous.

U.S. strikes have taken out a number of senior Al-Qaeda commanders in Yemen over the past year.