A mass funeral was held for the forty people who were killed in a deadly bombing at a police college. 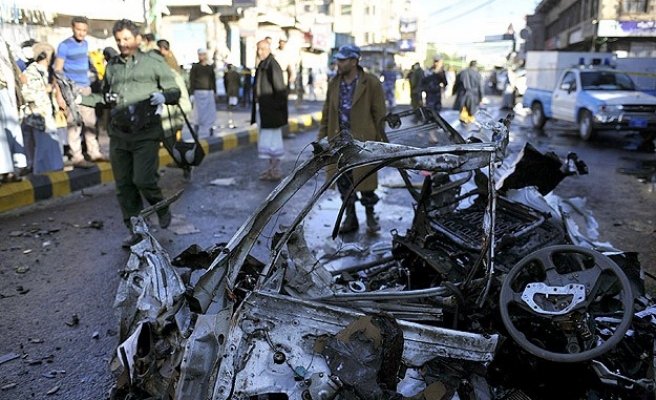 World Bulletin / News Desk
Hundreds of Yemenis on Friday took part in a mass funeral for 40 people who were killed this week in a deadly bombing outside a police academy in capital Sanaa.

Mourners reportedly shouted slogans against the "cowardly terrorist act" and called on security forces to take stricter measures against militant groups in the country.

An explosives-laden vehicle was detonated on Wednesday outside the police academy in Sanaa as scores of students waited in line to enroll. The attack left at least 40 people dead and 65 injured, according to official figures.

On Thursday, Yemeni police forces said they had arrested five members of a "terrorist cell" suspected of involvement in the bombing, for which no group has claimed responsibility thus far.

The Yemeni government normally blames such attacks on al-Qaeda-linked militants, who had claimed a series of attacks on security personnel in several parts of Yemen in recent months.

Yemen has remained in the throes of turmoil since the ouster of long-serving President Ali Abdullah Saleh in 2012.

Recently, the country's Houthi group has taken control of Sanaa, opting to further expand its influence across Yemen. This has pitted the Shiite movement against local Sunni tribes and al-Qaeda, which is also said to remain active in Yemen.