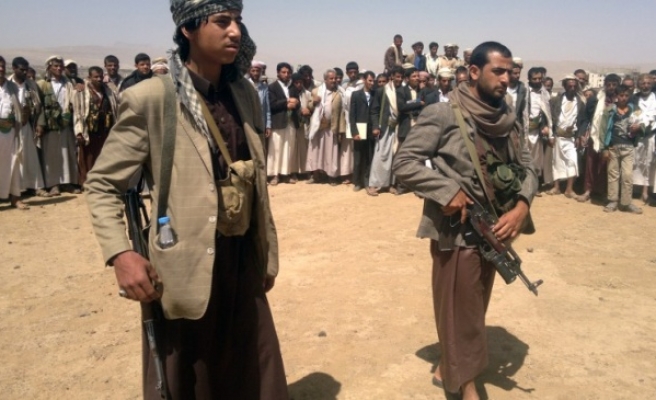 Houthi rebels in Yemen released three Americans, two Saudis and a Briton on Sunday after detaining them for around six months, a rebel official and a security source said.

The six were expected to leave the country on board an Omani plane carrying Houthi rebel officials to Muscat for talks with the UN envoy to Yemen, the sources said.

Houthi officials provided no information on the identities of the freed foreigners or why they were being held.

Speaking to reporters at Sanaa airport, Houthi spokesman Mohammed Abdulsalam did not confirm the release of the foreigners but said: "We hope and it is possible that they will be handed over today."

An American journalist believed to have been held by the rebels was handed over to Oman in early June along with a Singaporean. US Journalist Casey Coombs had been freelancing in Yemen since 2012.

Washington has provided intelligence and logistical support for the Saudi-led air campaign that was launched in March against the rebels, but has called for a political solution to the conflict.

The Washington Post reported earlier this month that three American men were being held by the rebels in Yemen, naming one of them as Scott Darden, 45, an employee of a Louisiana-based logistics company.

The daily said Darden's supporters had released his name hoping to call attention to his case.

Darden was being held along with another American, a 54-year-old man from Michigan, the newspaper said, citing US officials familiar with the case.

The third held American was believed to be a 35-year-old convert to Islam who was teaching English in Yemen, the daily said.

Oman has been involved in several cases of hostage release, highlighting its unique role as a discreet Gulf mediator.

In addition to the case of Coombs, French hostage Isabelle Prime was freed in August following Omani mediation after spending six month in captivity in Yemen.

Western nations have repeatedly called on Muscat to act as a mediator in resolving thorny regional issues -- from the kidnapping of Americans and Europeans to the Iran nuclear deal.