Yemen, Houthis yet to reach deal to end crisis

A Yemeni official said earlier that a breakthrough is expected in talks aimed at solving the country's political crisis. 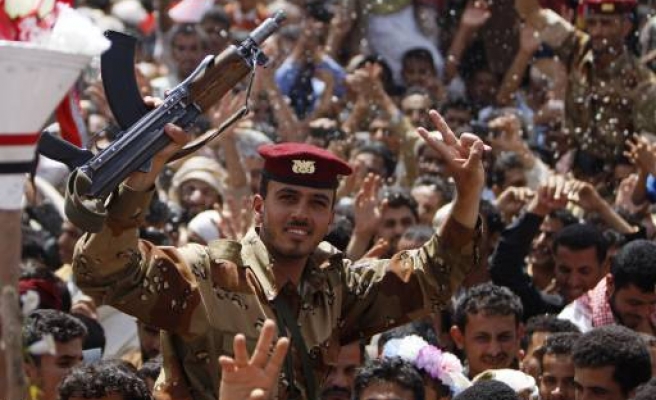 Yemen's government and Shi'ite Muslim Houthi rebels pursued talks on Thursday to end a crisis that has seen weeks of sometimes bloody protests in the capital, after the two sides gave conflicting accounts of progress in the negotiations.

The Houthis, who follow the small Zaidi branch of Shi'ite Islam, have been embroiled in a decade-old conflict with the central government in Sunni-dominated Sanaa, fighting for more territory and control in the north.

In the past weeks, they have capitalised on an unpopular decision by the government to reverse fuel subsidies to launch protests in the capital Sanaa. These turned bloody this week with the killing of four Shi'ite protesters.

Houthi protesters have been blocking the main road to Sanaa's airport and holding sit-ins for weeks at ministries in an attempt to oust the government and restore fuel subsidies.

Earlier on Thursday, a member of the government's negotiating team said both sides had signed an agreement that included a further reduction of fuel prices and the formation of a new government to end the crisis.

The Defence Ministry's website said a political breakthrough was "imminent" and one Houthi member was also optimistic about a breakthrough. But Mohammed Abdulsalam, a spokesman for the Houthis, said on his Facebook page: "We have not reached a final agreement or signed a deal and communications are continuing."

Later, a member of the Houthis' political bureau, Abdel Malik al-Ijri, said without elaborating that the main issues had been agreed and "small issues" remained to be settled.

A diplomatic source in Sanaa tempered optimism and said the two sides were far from agreement.

"Nothing has been signed as of yet and nothing has been agreed to. There are ideas that are being thrown back and forth. For political reasons, each side is trying to say the negotiations are ongoing. It's way of calming the nerves," the source told Reuters.

The stability of Yemen is a priority for the United States and its Gulf Arab allies because of its strategic position next to top oil exporter Saudi Arabia and shipping lanes which run through the Gulf of Aden.

The Houthi insurrection is just one of several security challenges in a country which is also home to one of al Qaeda's most active wings, al Qaeda in the Arabian Peninsula.

On Thursday, the state news agency cited a local source in the southern province of Shabwa as saying that five suspected militants were killed in an air strike. A local official confirmed the attack to Reuters, saying the drone strike had hit a moving car in Bayhan.

The United States acknowledges using drones to combat AQAP in Yemen but does not comment publicly on attacks.

In Amran, a town close to the capital under the control of the Houthis, three explosions killed eight civilians and wounded 12 others, the Houthis said on their website.

Earlier this month, President Abd Rabbu Mansour Hadi put forward a deal in which he announced fuel price cuts of about 30 percent and which called on the Houthis to join a new unity government - a broad compromise deal that the Houthis, who want a complete reinstatement of the subsidy, rejected.

Fighting has been going on intermittently for months in the north between the Houthis, who carry the name of their leaders' clan, and Sanaa-backed tribes.

Attempts to involve the Houthis in mainstream politics in the aftermath of the 2011 Arab Spring protests and the ousting of Yemen's long-time president, Ali Abdullah Saleh, an arch-enemy of the Houthis, have failed, and the group has returned to its more radical and isolationist ways.