Yemen peace talks could resume in Kuwait this month 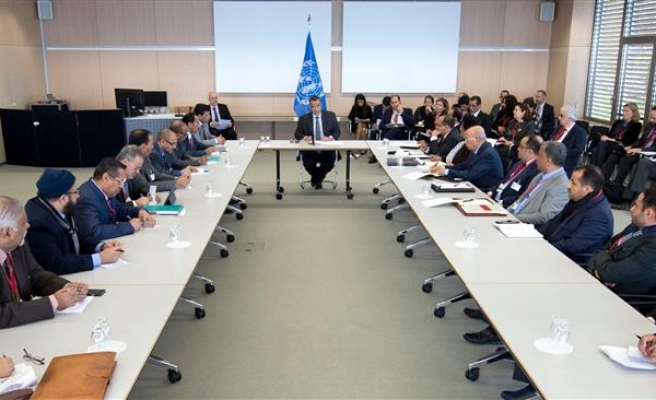 A new round of UN-brokered Yemeni peace talks could be held by the end of this month in Kuwait, a government official said on Monday.

The talks would be accompanied by a ceasefire, much-needed in the war-torn country where a Saudi-led coalition launched a military campaign in support of the internationally-recognised government one year ago, said the Yemeni official who requested anonymity.

Yemen's warring parties who met with UN envoy Ismail Ould Cheikh Ahmed last week have agreed on "the principle of holding a new round of talks in late March in Kuwait," the official said.

The UN envoy wrote on his Facebook page late on Sunday that he held "positive and constructive talks" in rebel-held Sanaa with the Iran-backed Huthis and their allies -- supporters of former president Ali Abdullah Saleh.

"Preparations are ongoing for the next round of peace talks on Yemen," he wrote, without giving a specific date or location for the awaited negotiations.

A resumption of talks must be accompanied by a "week-long truce that could be renewed if respected," he said, adding that discussions should focus on the implementation of UN Security Council resolution 2216.

The resolution states that the rebels must withdraw from seized territories and disarm, before peace talks can progress.

On Wednesday, the Arab coalition spokesman Brigadier General Ahmed al-Assiri said that the alliance was at "the end of the major combat phase", raising hopes of a possible relaunch of peace talks.

Kuwait is a member of the nine-nation coalition.

Previous UN-sponsored negotiations between rebels and government officials failed to reach a breakthrough, and the most recent round ended in acrimony in December.

The World Health Organization says fighting in Yemen has killed almost 6,300 people over the past year and the United Nations has warned of an unfolding humanitarian catastrophe.