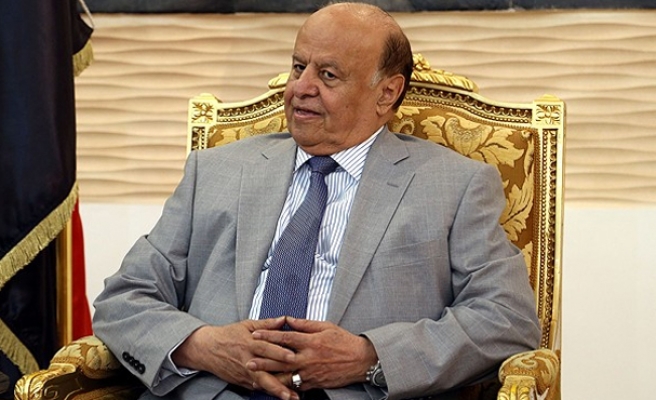 Hadi, who is living in exile after being driven from Yemen by Houthi fighters, spoke during a visit to Sudan, a member of the Saudi-led coalition fighting against the Yemeni rebels.

He said that "we are currently leading a war based on stopping Iranian expansion in the region."

Hadi added that "Iranian expansion is present now in Iraq, Syria, and Lebanon."

As he spoke, coalition warplanes were carrying out air strikes against the Iranian-backed rebels in Yemen as military sources said pro-Yemeni forces were preparing for an attack on the capital, Sanaa, which is controlled by the Houthis.

Hadi said government forces and the anti-Houthi coalition had pushed the rebel forces back in recent weeks, including from the port city of Aden.

Thousands of people have been killed in Yemen since the rebels swept through large swathes of the country last year.

Hundreds of thousands of others have fled their homes, leading to a humanitarian crisis in the country.