Many Yemenis believe the Shia group, which takes the northern Saada province as its main base of operations, wants to reinstate Yemen's pre-1962 monarchy in the country's north. 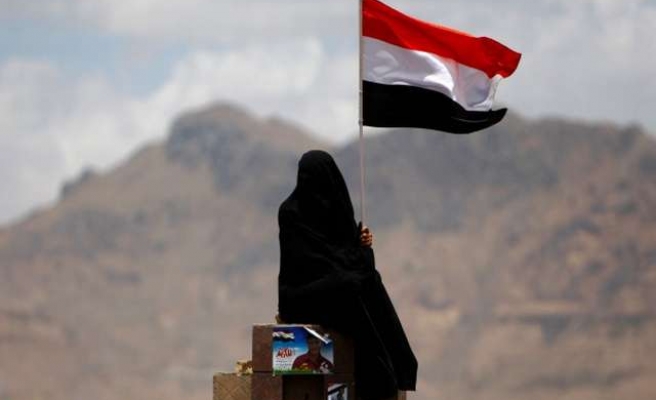 A Yemeni presidential committee has failed to reach an agreement with the leader of Houthi group to end the latter's protests calling for the ouster of the government, a member of the panel has said.

"The committee is on its way back to Sanaa without a deal," MP Abdel-Aziz Jabari told Anadolu Agency.

"The Houthis agreed to some points, but then refused to sign a draft of the agreement," he added.

The panel, led by Deputy Prime Minister Ahmed bin Daghr, had travelled to Sadaa, the stronghold of the Shia group, for talks with its leader Abdul-Malik al-Houthi.

Thousands of Houthi supporters have escalated their protests against the government of Prime Minister Mohamed Basindawa by setting up protest camps outside several ministries and government offices in capital Sanaa.

The move came in response to calls by their top leader to escalate their protests until Basindawa's government is sacked and a recent decision to lift fuel subsidies is reversed.

In late July, the government raised petrol prices by 75 percent and diesel fuel by 90 percent in an effort to ease the burden on the state budget.

For more than a year, Yemen has tried to secure a loan of at least $560 million from the International Monetary Fund, which has in turn demanded a raft of reforms, including subsidy cuts.

Over the past few days, Sanaa has been at the center of intense protests and sit-ins by al-Houthis.

In a televised address last Sunday, al-Houthi gave the government until Friday to resign, threatening to use "other means" if his demands were not met.

The move has been criticized by President Abd Rabbuh Mansour Hadi, who has asked the army to raise its combat-alert level.

Many Yemenis believe the Shia group, which takes the northern Saada province as its main base of operations, wants to reinstate Yemen's pre-1962 monarchy in the country's north.

First appearing in 1992, the group has engaged in several rounds of fighting with the army that has left thousands dead on both sides.

Two soldiers were killed in an attack by Shia Houthi militants in the troubled Al-Jawf province in northern Yemen, a security source said Sunday.

The Houthi militants fired a rocket at a group of troops late Saturday in Al-Gheil directorate, killing two soldiers, the source told Anadolu Agency on the condition of anonymity.

Clashes first erupted between Houthis and local tribesmen close to the army in Al-Jawf in April, resulting in casualties on both sides.

Al-Jawf is strategically important in that it is located near Yemen's eastern Maarib province, the center of the country's oil production.