Loyalists seek to retake the rebel-held capital of Abyan province 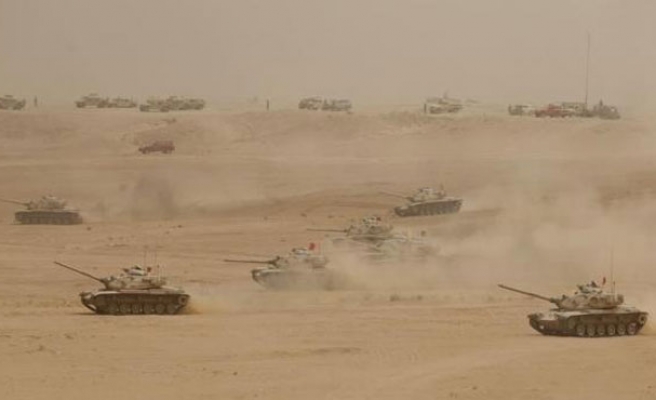 A two-pronged drive on the southern province's capital of Zinjibar was launched from the north and south, the sources said.

The tanks were part of a package of reinforcements including armoured vehicles and personnel carriers as well as hundreds of Yemeni soldiers trained in kingdom, a military source said.

This week has seen heavy fighting in Zinjibar and heavy coalition air strikes against positions of the 15th Army Brigade allied to the Huthis.

The coalition has since March 26 supported loyalists with air strikes to halt advances by the Huthis, who seized Sanaa last year before pressing south into the port city of Aden.

But pro-government forces retook Aden last month and seized the key airbase of Al-Anad to its north on Tuesday.

Military sources said at least 22 people, mostly returning civilians, have been killed since Thursday by explosions of mines planted by retreating Huthis in Aden and Lahj provinces.

Aden was the last refuge of President Abedrabbo Mansour Hadi before he fled into exile with his government in Saudi Arabia in March.

The International Committee of the Red Cross head arrived Saturday in Sanaa at the start of a three-day visit to assess the "dire humanitarian situation" in the country.

Peter Mauer is to hold talks with "leading officials", an ICRC statement said, without identifying them.

Rebel officials said he would meet Huthi leaders and their allies in the General People's Congress party of ousted president Ali Abdullah Saleh.

The United Nations says nearly 4,000 people have been killed since March, half of them civilians, while 80 percent of Yemen's 21 million people are in need of aid and protection.

The ICRC says 1.3 million Yemenis have been displaced by the conflict.

"The human cost of this conflict is such that no family in Yemen today has been left unaffected," Mauer said ahead of his visit.

"We are particularly concerned about attacks on medical facilities and personnel. Moreover, deliveries of food, water and medicine must be facilitated not hampered," he said.

It was not clear if Mauer will visit Aden, devastated by four months of fierce fighting and air strikes.