Abdel Malik al-Houthi's televised speech, his first since capture of large parts of Sanaa, underscored the dramatic power shift toward the rebels 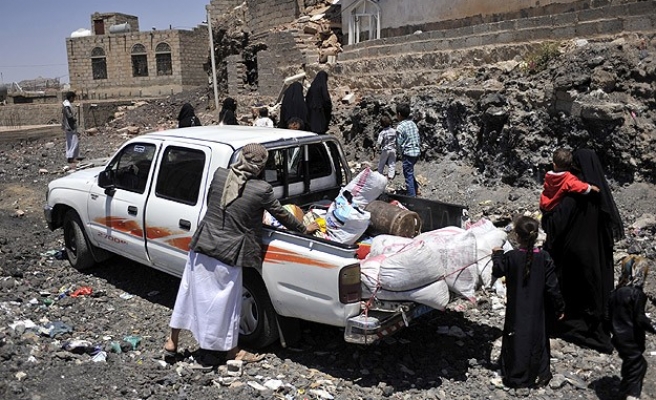 The leader of a Shi'ite rebel group on Tuesday hailed the takeover by his fighters of much of the Yemeni capital after four days of fighting last week as a "successful revolution" for all citizens.

Abdel Malik al-Houthi's televised speech, his first since capture of large parts of Sanaa on Sunday, underscored the dramatic power shift toward the rebels, assailed by government forces for over a decade but now guarding key sites in the capital unopposed.

Yemen's president Abd-Rabbu Mansour Hadi on Sunday signed power-sharing agreement with the Houthi insurgents, named after their leader, after they had pushed deep into the capital in a fight which killed about 200 people and left them in control of the central bank and several military bases.

The clashes followed weeks of sit-ins by Houthi loyalists demanding the fall of a government they called corrupt and the reversal of fuel price hikes for Yemen's impoverished citizens.

"These great efforts created this great success - victory - for all the people, forcing an answer to popular demands," Houthi said, adding that the pact envisions price cuts and economic reforms to ease the pressure on Yemen's poorest.

"If it is implemented, this agreement will also change the government, which the people called to fall, to fail, because it stood on an unjust, non-consensual basis," Houthi said.

Yemen has struggled to recover from the ouster of veteran autocrat Ali Abdullah Saleh amid Arab Spring protests in 2011 when the military split between forces loyal to Saleh and those backing General Ali Mohsen al-Ahmar, a Sunni general who had backed the uprising and went on to become a military adviser to Hadi.

The rift sapped the army and contributed to the rise of al Qaeda militants and the advance of the Houthis, whom Ahmar had battled in a series of devastating wars.

Houthi forces, which practice a form of Shi'ite Islam common in Yemen's north, mostly fought Ahmar's forces and other tribes and fighters close to his family in recent days, underscoring both personal and sectarian elements of the Houthis' feud with him.

In his speech, Houthi praised Ahmar's defeat, accusing him of corruption and putting his interests above the people's.