The rebels and their allies surrounded a government force that was attempting to recapture the coastal town of Midi and killed 45 loyalist troops on Tuesday and Wednesday, the sources said. 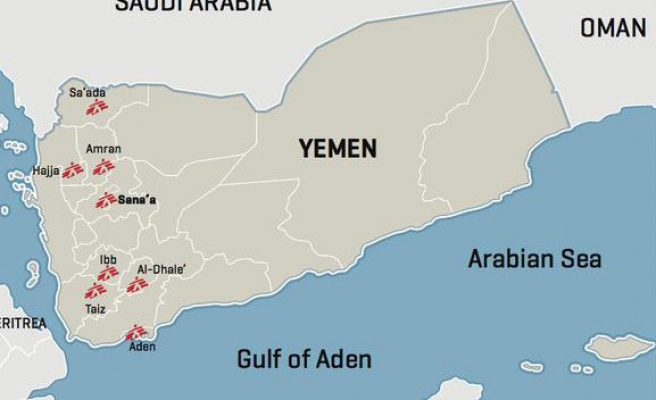 Yemeni rebels have mounted a deadly counterattack against government troops advancing down the Red Sea coast from the Saudi border ahead of a planned ceasefire next month, military sources said on Thursday.

At least 15 rebels were also killed in the fighting.

Forces loyal to the internationally recognised government based in the south crossed the border from Saudi Arabia in mid-December in a bid to open up a new front in the north as offensives faltered in the centre and east.

They swiftly captured the inland town of Haradh and Midi port, but they have met heavy resistance from the rebels and their allies in the adjacent town.

Despite a Saudi-led military intervention, which is now in its second year, the Huthi Shiite rebels still control most of the Red Sea coast, including the key ports of Hodeida and Mokha.

With coalition air and ground support, forces loyal to President Abedrabbo Mansour Hadi have pushed the rebels out of most of the south and made some headway in the east and northeast.

But with the support of renegade troops loyal to Hadi's ousted predecessor Ali Abdullah Saleh, the rebels have retained control of the capital Sanaa and most of the highlands of the north and centre.

The latest fighting comes as the warring parties prepare for a UN-brokered ceasefire on April 10 intended to pave the way for peace talks in Kuwait on April 18.

The planned truce was only agreed by the two sides after months of shuttle diplomacy by UN envoy Ismail Ould Cheikh Ahmed.

Previous UN-sponsored negotiations between the rebels and the government failed to make any headway, and a ceasefire announced for December 15 was repeatedly violated and abandoned by the coalition on January 2.

There has been mounting international pressure for an end to the conflict as the civilian death toll has mounted and the humanitarian situation deteriorated.