Herak activists said soldiers shot and killed Khaled al-Junaidi when a group of soldiers blocked his path while he driving. Police said he was hit when security forces fired to disperse a demonstration in the city. 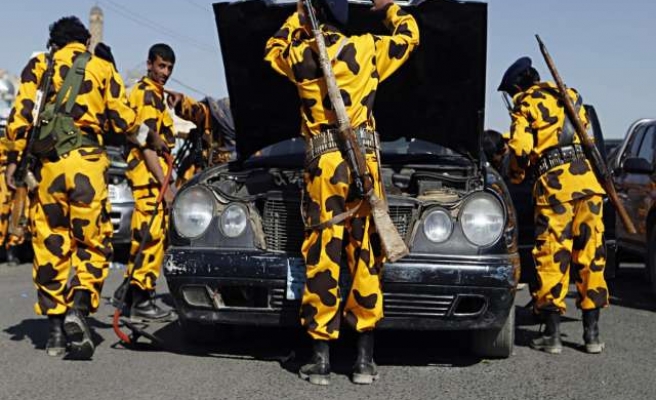 Yemeni security forces shot dead a prominent leader in the southern separatist Herak Movement in Aden on Monday, residents said, ratcheting up tensions in the city where residents have been observing a weekly protest to push for independence.

Rising demands for separation by southern separatists have been one of several challenges facing President Abd-Rabbu Mansour Hadi since he took office three years ago after mass protests forced his predecessor Ali Abdullah Saleh to step down.

Herak activists said soldiers from the paramilitary National Security Forces shot and killed Khaled al-Junaidi when a group of soldiers blocked his path while he driving in Crater district of the southern port city of Aden.

Police said he was hit when security forces fired to disperse a demonstration in the city.

The local Aden al-Ghad newspaper quoted medics as saying members of the security forces brought Junaidi with a gun shot wound to Jumhouriya hospital, where he died soon after. It posted pictures of a man on a stretcher on its website.

Junaidi, in his 30s, had recently been freed after months in detention for his role as a Herak leader.

The separatist group recently sought to escalate its fight for independence by calling for a weekly civil disobedience day every Monday, when stores, factories and schools close down.

Separatists say Sanaa has plundered the former socialist South Yemen in favour of northern officials, especially under Saleh's rule, and treats them as second class-citizens.

Formerly Marxist South Yemen merged with the North in 1990. Secessionists failed in a civil war in 1994 to reverse the unification.

Hadi's government has vowed to correct wrongs against southern Yemenis and compensate thousands of civil servants or former army officers and soldiers fired from their posts after the 1994 war, or restore many to their posts.

Apart from southern separatists, Hadi's government faces an al Qaeda threat in the south and eastern part of the country and a major challenge from Shi'ite Muslim Houthi militias who seized control of Sanaa in September in what they said was a drive against corruption but are refusing to quit.