Yemen TV building on fire as clashes continue in Sanaa

Yemeni TV broadcast a written message for national and international organisations to intervene to save its employees from the shelling. 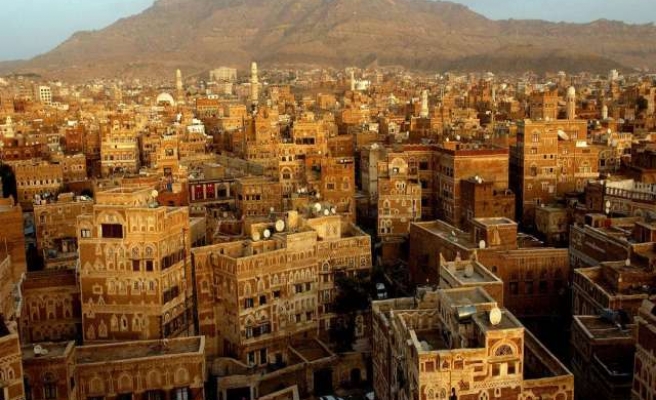 Yemen's state-run television building caught fire after a three-day mortar attack by Shi'ite rebels who are protesting against the government, residents and a TV employee said on Saturday,

After weeks of protests and clashes, the conflict intensified on Thursday when the Shi'ite Houthi rebels clashed with the army on the outskirts of Sanaa.

The fighting expanded mainly between the Houthis and tribesmen allied with the al-Ahmar clan. Prominent figures from the mainly Sunni Muslim clan, one of the most powerful tribes in Yemen, hold senior positions in the armed forces and the government.

Part of the TV building, which is located near other vital state institutions, caught fire after shelling intensified on Saturday morning, the employee told Reuters, adding that hundreds were trapped in the building as a result.

Yemeni TV broadcast a written message for national and international organisations to intervene to save its employees from the shelling.

In a neighbouring area close to the interior ministry where Houthis have been staging a sit-in, three mortars were fired according to a Reuters witness. It was not immediately clear who was responsible for the shelling.

The University of Sanaa, the largest in the country, also closed on Saturday after a mortar fell in its grounds during Friday's clashes.

Late on Friday U.N special envoy to Yemen Jamal Benomar, who held meetings with Houthi Leader Abdulmalek al-Houthi in Saada province on Wednesday and Thursday: "expressed deep regrets regarding this development, including the use of violence, while utmost efforts were underway in order to reach a peaceful solution to the crisis."

A source close to the mediation efforts said President Abd Rabbu Mansour Hadi would meet with members of political parties today to discuss some of the suggestions made by the Houthis to Benomar to end the conflict.

Insecurity and political turmoil have mounted in Yemen since Arab spring protests ousted Saleh. The Houthi insurrection is one of several security challenges in Yemen, which borders oil exporter Saudi Arabia and is struggling with a secessionist movement in the south and the spread of an al Qaeda insurgency.

The Houthis, who belong to the Zaydi sect of Shi'ite Islam, have been involved in a decade-long conflict with the Sunni-dominated government, fighting for more control and territory in the north.

In recent weeks, Houthi protesters have blocked the main road to Sanaa's airport and held sit-ins at ministries calling for the ousting of the government and the restoration of subsidies cut by the state in July as part of economic reforms.