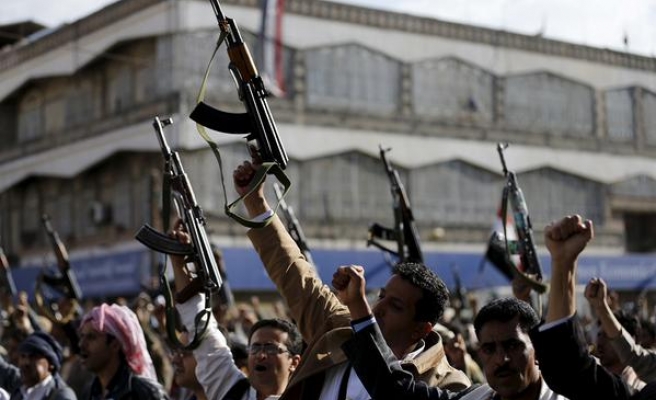 The United Nations has welcomed a pledge by Yemen’s Houthis Thursday to accept the terms of a ceasefire deal brokered by the international body, calling it “an important step” towards a peace settlement in the country's ongoing war.

The Houthis, who have been fighting alongside forces allied to deposed former president Ali Abdullah Saleh, said late on Wednesday that they would accept UN Security Council Resolution 2216, which calls on them to withdraw from government institutions and captured territory.

After months of faltering attempts to broker a peace deal, the UN signalled optimism at the latest news, after Saleh’s General People’s Congress Party also said it would abide by Resolution 2216.

“This is an important step,” the UN chief’s spokesperson, Stephane Dujarric told reporters in New York.

Amid ongoing peace talks hosted by UN envoy Ismail Ould Sheikh in Oman, the only Gulf state not taking part in the Saudi-led military campaign against the Houthi rebels, UN deputy chief Jan Eliasson headed to Saudi Arabia on Thursday to discuss the humanitarian fallout of the conflict.

During over seven months of the war, which has seen allegations of human rights violations by both sides, over 2,300 civilians have been killed.

Over 114,000 people have fled the violence, with many seeking refuge across the Gulf of Aden in Somalia and Djibouti.

The Houthis, backed up by forces allied to Saleh and allegedly by funding from Iran, overran most government institutions and gained control of Sanaa, the capital, last September after advancing southwards from their heartland in north Yemen, near the border with Saudi Arabia.

In response, Saudi Arabia organised a regional coalition in March to launch airstrikes and a ground campaign to dislodge the Houthis and their allies.

But the Houthis have continued to mount attacks in Taiz province in the south of the country.

On Tuesday Mohammed Abdulsallam, a Houthi spokesman said that the rebels would keep fighting the "invaders" throughout Yemen.