Colonel Sanad Badr was shot dead in his car by unknown assailants on a major Aden , a local official said. 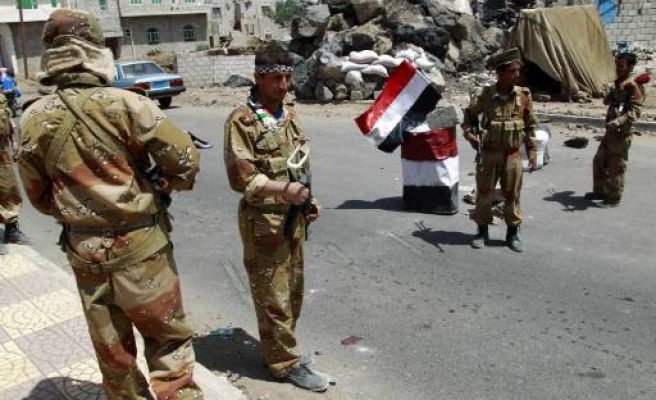 Unidentified gunmen shot dead an army colonel in his car in Yemen's southern port city of Aden late on Friday and two soldiers were injured when a car bomb exploded in another major southern port on Saturday, security sources said.

The attacks follow dozens of others directed at security targets in the U.S. ally in recent months, killing hundreds. The army is conducting a big operation against militants in the southern provinces of Shabwa and Abyan.

On Saturday the army seized control of a militant bastion in the southern area of al-Mahfad, a stronghold for the Islamists, killing four of its defenders and injuring a number of others, a military source was quoted as saying on the state news agency.

Colonel Sanad Badr was shot dead in his car by unknown assailants on a major Aden street late on Friday, a local official said.

Early on Saturday, a car bomb exploded outside an intelligence building in Mukalla, the capital of Hadramout province in the southeast. Two soldiers and at least one passer-by were injured in the blast, a security source said.

Government forces, backed by air force jets and allied militias, have been fighting rebels in a new offensive in the south since Tuesday.

On Saturday Yemen's state news agency reported that one of those killed in an early stage of the offensive was Abu Islam al-Shaishani, a Chechen fighter with a senior role in AQAP.