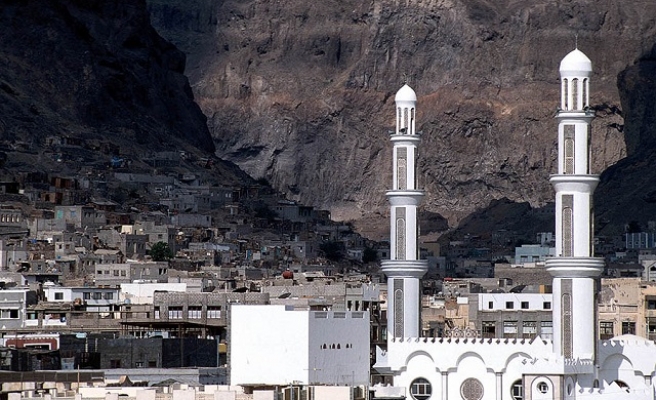 Yemeni forces clashed Tuesday with Al-Qaeda militants in Aden as the Saudi-led coalition provided air cover, in a bid to drive the extremists out of the city, security officials said.

Al-Qaeda controls part of the southern port city which has become the temporary headquarters of the government of President Abedrabbo Mansour Hadi as it battles to retake large parts of Yemen from Shiite Huthi rebels.

At least two gunmen were killed in the fighting, the officials said.

Residents said warplanes also hovered overhead and that they feared for their lives.

"We live in terror... We got rid of the Huthis and now Al-Qaeda militants have come to turn our lives into hell," said one resident.

Loyalists backed by a Saudi-led coalition have since July recaptured Aden and four other southern provinces from the Shiite rebels, who continue to control Sanaa and other northern regions.

Al-Qaeda and the rival ISIL group have taken advantage of the weakness of the central government to gain ground in southern cities such as Aden.

Both have a presence in Yemen's second city, where extremists occupy government buildings and are seen patrolling several districts and intimidating civilians.

They have claimed a string of attacks and assassinations in recent months.