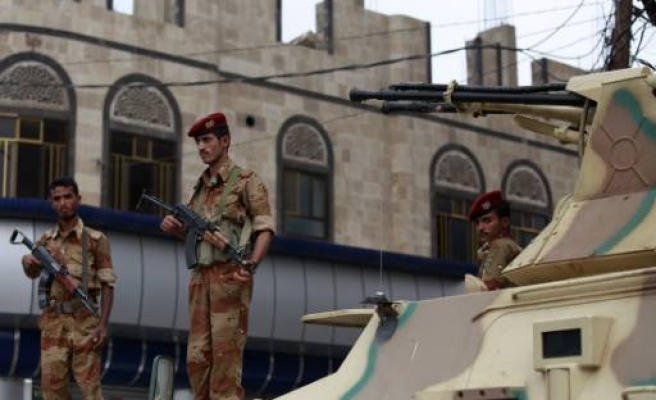 The two sides exchanged fierce gunfire in a northern district of the country's capital Sanaa, eye witnesses told Reuters. There were no immediate reports of casualties.

Saleh is clinging to power despite being hurt by a bomb blast in his compound in June that capped a round of fighting between his forces and gunmen from the Hashed confederation. He is convalescing in Riyadh but has vowed to return to Yemen.

Fighters seized Zinjibar, capital of the southern Abyan province in late May, and the ensuing fighting has displaced as many as 90,000 residents of the province.