The Socialist Party denounced a Houthi attack earlier on a protest in capital Sanaa by a group of party student members. 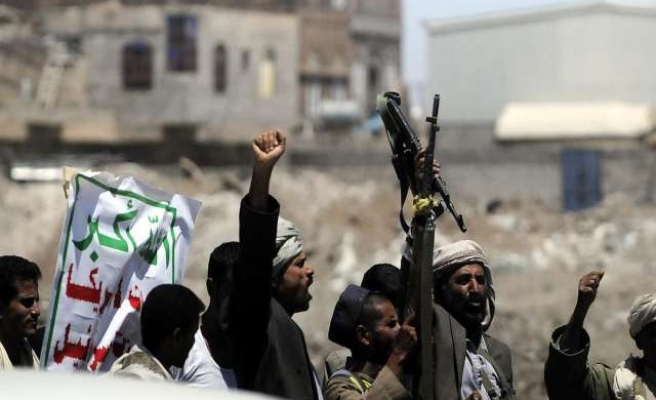 Yemen's Socialist Party, a component of the current government, said on Sunday that it had suspended dialogue with the Shiite Houthi movement after movement militants had kidnapped a group of party student members in Yemeni capital Sanaa.

"The party's leadership has borne the brunt of making the dialogue a success to save Yemen from slipping into an uncertain future," the party said on its website.

"Violence does not, however, lead to political solutions," it added.

The Socialist Party denounced a Houthi attack earlier on Sunday on a protest in capital Sanaa by a group of party student members.

It said Houthi militants had kidnapped some of these student protesters.

It also condemned the Houthis' ongoing siege of the residence of Yemen's Prosecutor-General.

"We repeatedly asked the Houthis to go away from the Prosecutor-General's house," the party said.

"Repeated attempts, however, by the Houthis to break into the house of the official reflect their desire not to reach a political settlement," it added.

The Anadolu Agency could not immediately obtain comments from Houthis on the remarks made by the Socialist Party.

Earlier on Sunday, Houthi militants forcefully dispersed an anti-Houthi protest in Sanaa and kidnapped several protesters along with two photographers.

The Houthi militants were seen firing live rounds in the air and using batons to scare the demonstrators away.

They also chased the protesters into streets in the vicinity of the Al-Taghyeer (Change) Square in Sanaa, where the protest was to be staged.

The demonstrators chanted slogans critical of what they described as the "Houthi coup" against Yemeni President Abd Rabbuh Mansour Hadi.

Hadi tendered his resignation to parliament on Thursday shortly after Prime Minister Khaled Bahah and his government quit to protest the Shiite militants' takeover of the capital.

Last week, Sanaa was rocked by deadly clashes between Houthi militants and presidential guards amid an apparent push by the Shiite militants to consolidate their control over the country.

The Houthis seized control of Sanaa in September before moving on to establish control over other parts of the country as well.