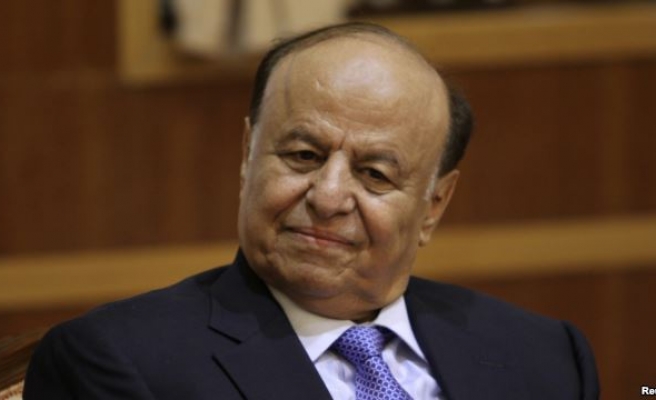 Hadi, a key ally of the United States, stood down abruptly shortly after Prime Minister Khaled Baha had offered his government's resignation, saying it did not want to be dragged into "an unconstructive political maze".

This was an apparent reference to a stand-off between Hadi and the Shi'ite Muslim Houthi movement which has been holding the president a virtual prisoner in his own official residence.

"We apologise to you personally and to the honourable chamber and to the Yemeni people after we reached a dead end," a government spokesman quoted Hadi's resignation letter as saying.

It was addressed to the speaker of parliament, who becomes interim head of state under the constitution.

Sultan al-Atwani, one of Hadi's advisors told Reuters he had resigned after pressure and threats from the Houthis. He said parliament would meet on Saturday to decide whether to accept or reject it.

Hadi's decision marked an abrupt turnaround from Wednesday, when he said he was ready to accept Houthi demands for a bigger stake in constitutional and political arrangements.

That announcement had appeared to ease worsening differences between him and the Houthis, whose rise to power has placed predominantly Sunni Yemen within a wider sectarian struggle fought by proxies of Riyadh and Tehran in parts of the Middle East.

The Houthis' defeat of the presidential guards had already added to disarray in a country where the United States is also carrying out drone strikes against one of the most powerful branches of al Qaeda.

A senior leader of Yemen's powerful Houthi movement welcomed President Abd-Rabbu Mansour Hadi's resignation and proposed setting up a presidential council that would include Houthi-led groups, the army and some political parties.

Abu al-Malek Yousef al-Fishi, seen as the ideologue of the Houthis' Ansarullah group, described the resignation as good news for all Yemenis and said on Twitter that the Arab country was heading towards "security, stability, tranquillity and prosperity".

"I propose setting up a presidential council of the honourable revolutionary and political components, and in which the army, security and the popular committees will be represented, so everybody will participate in managing what remains of the transitional period," he added in another tweet.

But Abdelmalek al-Ejri, a member of the Ansarullah politburo, suggested that comments on social media by some Houthi leaders did not represent the Shi'ite movement's official position on the departures of Hadi and Prime Minister Khaled Bahah.

"Until this moment, no official position has been issued regarding the resignation of Hadi and Bahah," he said on Twitter.

The rebels' rise has resulted in a shift in Yemen's complex tribal, religious and regional allegiances.

Suspecting Iranian complicity, the Sunni Muslim authorities in Riyadh cut most of their financial aid to Yemen after the Houthis' takeover of the capital.

On Thursday the capital Sanaa remained largely shut down, witnesses said, even though the airport and seaport in the southern city of Aden resumed work on Thursday, having closed for a day in protest at the Houthi offensive against Hadi's administration.

In central Yemen, local tribesmen said they were pushing back Houthi fighters in Marib province, which produces half of Yemen's oil and more than half of its electricity.

The local branch of al Qaeda has responded to the Houthis' ascent by attacking their forces, as well as state, military and intelligence targets.

Before Hadi quit, clusters of Houthi fighters were dotted around the perimeter of the presidential palace on Thursday. At Hadi's residence, sentry points normally used by presidential guards were empty, and a group of Houthis with an army vehicle were parked at a main entrance.