The two sides have been locked in an armed struggle for nearly seven weeks, leaving scores of people dead and injured. 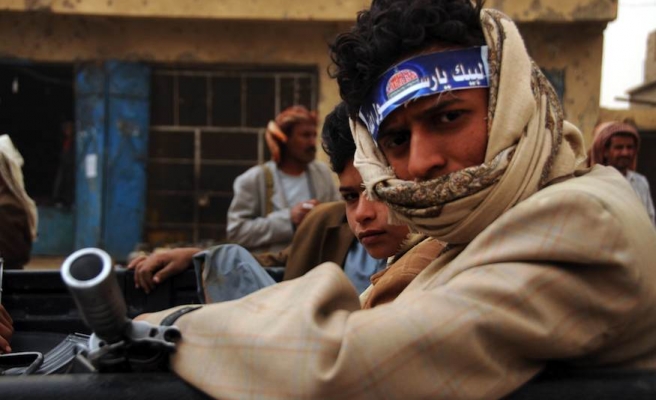 Yemen's Shiite Houthi militants and tribesmen in Arhab, a district of the Sanaa province, signed a ceasefire agreement on Sunday, according to a tribal source.

"The ceasefire deal was brokered by the presidential committee," Mabkhout al-Arshani, a spokesman for Arhab tribes, told Anadolu Agency.

The two sides have been locked in an armed struggle for nearly seven weeks, leaving scores of people dead and injured.

Arab tribes and Houthis trade accusations of wanting to control some areas of the district and violating a ceasefire they had signed four weeks ago.

Al-Arshani said the new deal makes it necessary for the Houthis to remove checkpoints they had set up in some areas in Arhab as well as pull their fighters, particularly those who are not residents of Arhab, out of the district.

"The checkpoints are supposed to be manned by the army as of tomorrow," he added.

He added that Arhab tribes had already evacuated their own checkpoints on Friday.

The Shiite Houthi militants are fighting on several fronts across Yemen, including in the northern town of Dammaj where they are battling Salafists and tribesmen.

A powerful explosion occurred in the vicinity of a Yemeni government complex in the southern city of Ad Dali' on Sunday followed by heavy gunfire, eyewitnesses said.

The source of the explosion was not immediately clear but it was followed by heavy exchange of gunfire, the witnesses told Anadolu Agency.

Yemeni authorities were not immediately available for comment on the report.

The governorate complex in Ad Dali' has come under repeated attacks in the past few weeks by southern separatists who fight the government for a separate state in southern Yemen.

Earlier on Sunday a Yemeni soldier was gunned down and another was kidnapped in two separate incidents in the southern parts of Yemen on Sunday, according to security sources and eyewitnesses.

Eyewitnesses said a surprise attack on a military checkpoint in the southern city of Aden triggered clashes between soldiers and militants, leaving one soldier dead.

Separately, a soldier from the army's 33rd division was kidnapped by unidentified militants as he walked in a market place in the southern city of Ad Dali', according to a security source.

No group has claimed responsibility for any of the two attacks.

The Yemeni Ministry of Defense has commented either.

A southern separatist group calling itself "Southern Resistance" has recently declared the abduction of several soldiers on the backdrop of ongoing clashes with the army.