Elders of the Yemeni tribe on Saturday decided to withdraw their fighters from flashpoint areas to avoid clashes with Shiite Houthi militants. 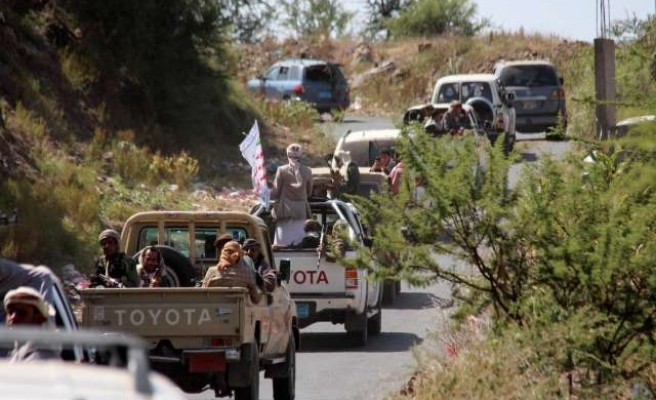 World Bulletin/News Desk
Elders of the Yemeni Arhab tribe on Saturday decided to withdraw their fighters from flashpoint areas in the Arhab district in northern Sanaa to avoid clashes with Shiite Houthi militants, a tribal source has said.

"The elders' decision to withdraw fighters and not to fight the Houthis came after a tribal mediation to stop the clashes," the source told The Anadolu Agency.

"Houthi militants, however, are still deployed at several checkpoints and mountainous areas despite the withdrawal of the tribesmen," he said.

Earlier Saturday, three Arhab tribesmen were killed when a bomb went off near a vehicle that was transporting them, a tribal source had said.

Several Houthi militants were also killed in the same incident.

The violence came one day after seven Houthis were killed in clashes with tribesmen in the Arhab district.