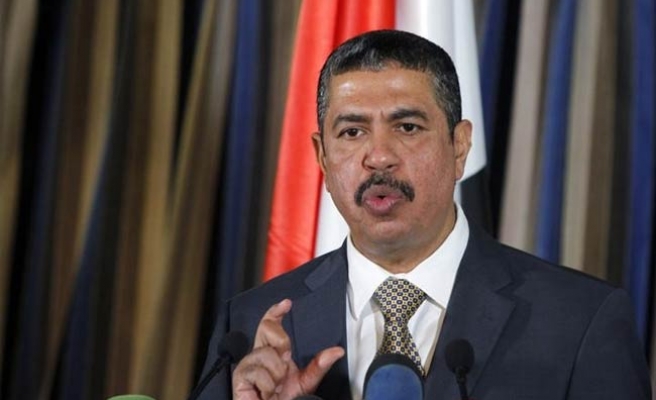 Exiled Yemeni Prime Minister along with seven other members of the cabinet returned to the country's southern port city of Aden Wednesday, as anti-Houthi forces are pushing toward the capital Sanaa.

PM Khaled Bahah will hold a meeting in the next two days in Aden in which reconstruction and humanitarian relief top the agenda.

Bahah, who is also the vice president, announced that his cabinet will resume work in the temporary capital Aden, pledging to continue restoring stability to the city and neighboring provinces that were taken from the Shiite Houthi group.

It's Bahah's second visit to Aden since President Abd-Rabbu Mansour Hadi and the cabinet fled to Saudi Arabia to take refuge in March.

On Wednesday, after four days of fierce battles against Houthi gunmen and their allied forces, Gulf-backed government forces are advancing in the oil-rich province of Marib. Dozens from both sides have been killed in action.

Military officials said heavy airstrikes on Houthis in Marib help pro-Hadi forces to enter Serwah district which was captured by Houthis months ago.