Yemen's Hadi declares Sanaa occupied by the Shiite Houthi, saying that the government takeover is nothing less than a coup. 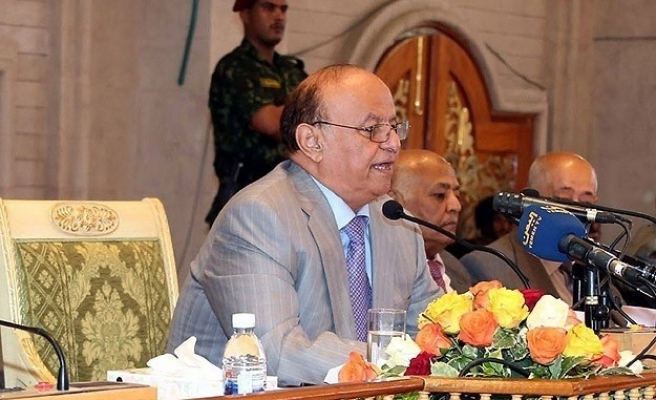 Hadi's statements came during a speech he gave in the southern city of Aden, where he met tribal leaders and politicians from the southern provinces of Maarib, Al-Jawf and Al-Bayda.

"Capital Sanaa is occupied by the Houthis, who have recently orchestrated a coup that we are going to confront," Hadi said.

"I didn't leave Sanaa to announce the separation of the south, but to maintain the unity it achieved in 1990," he said. "The priority now is maintaining the security and unity of the country," Hadi added.

Yemen has remained in a state of chaos since last September, when the Shiite Houthi militant group took over capital Sanaa, from which it has since sought to extend its control to other parts of the country as well.

On Feb. 21, Hadi fled Sanaa – where he had been placed under house arrest by the Houthis – to the southern city of Aden.

Upon his arrival in Aden, Hadi dismissed as "null" and "illegitimate" all recently-issued Houthi decrees. He also wrote to Yemen's parliament, withdrawing a resignation he had tendered earlier.

Earlier, the Houthis issued what it described as a constitutional declaration, dissolving parliament and establishing a 551-member transitional council.

The declaration, however, was rejected by most of Yemen's political forces – along with some neighboring Gulf countries – which described it as a coup against constitutional legitimacy.