Houthi militants destroyed the three-story building belonging to the Yemeni Al-Islah party in the district of Arhab. 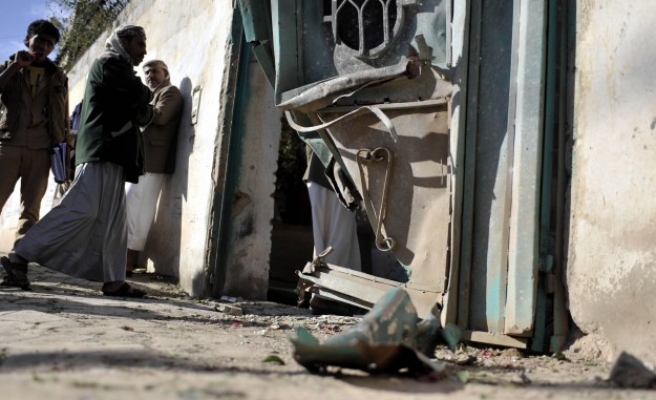 Militants from the Shiite Houthi group in Yemen blew up the office of a political party affiliated with the Muslim Brotherhood in Sanaa's northern district of Arhab, eyewitnesses said Sunday.

According to the witnesses, the Houthi militants destroyed the three-story building belonging to the Yemeni Al-Islah party in the district of Arhab.

Before it was blown up, the building had been evacuated by force, the witnesses said.

Al-Islah party has yet to comment on the incident, which came shortly after Houthi militants blew up a religious center in the same district, according to a tribal source, who didn't clarify if there have been any casualties or not.

Houthi leaders could not be immediately reached for a comment.

On Saturday, the powerful Arhab tribe decided to withdraw its fighters from flashpoint areas in the district that carries the same name in order to avoid clashes with the Shiite Houthi militants, a source had told The Anadolu Agency.

Houthi militants, however, were still deployed at several checkpoints and mountainous areas despite the withdrawal of the tribesmen, the source said.

Meanwhile, four Houthi militants were killed Sunday in clashes with armed tribesmen in the central Yemeni province of Al-Bayda', a tribal source said.

"At least four Houthis were killed and others injured in the clashes that erupted in Hamat Serar district," the source told The Anadolu Agency, requesting anonymity.

Clashes are still ongoing in the area, the source added.

Houthi militants on one hand and Al-Qaeda and its allied tribes on the other have been locking horns in Al-Bayda' for the last several weeks, with each seeking to tighten its grip on the flashpoint province.

The Houthis have controlled capital Sanaa since late September and have sought to expand their control farther afield ever since.

The growing Houthi influence in the country has pitted the Shiite movement against both Al-Qaeda, which is said to remain active in politically fractious Yemen, and allied tribes.

Yemen has remained in turmoil since a popular uprising that erupted in 2011 toppled longstanding president Ali Abdullah Saleh one year later.