Three years ago, Shia Houthi militia group and their allies overran much of the country, including the capital 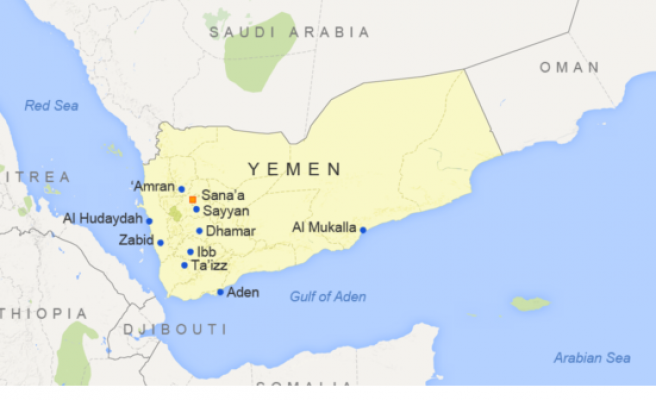 Supporters of Yemen’s Shia Houthi militia on Thursday turned out in thousands in the capital Sanaa to mark the passage of three years since the group captured the city on Sept. 21, 2014.

Addressing the crowds, Mohamed Ali al-Houthi, head of the group’s Revolutionary Committee, praised the people’s “legendary steadfastness”, which, he said, “has proven your love of your homeland”.

“We support republicanism in Yemen,” al-Houthi declared. “We want to see the Yemeni flag raised all over the country.”

He added: “While working to ensure security and stability, the revolution nevertheless remains ongoing.”

On Sept. 21, 2014, the Houthis -- along with allied forces of former President Ali Abdullah Saleh -- overran vast swathes of Yemeni territory, including capital Sanaa.

The fall of Sanaa forced Yemen’s internationally recognized government led by President Abdrabbuh Mansur Hadi to set up a temporary capital in the coastal city of Aden.

In 2015, a Saudi-led Arab coalition launched a massive air campaign aimed at rolling back Houthi gains in Yemen and shoring up Hadi’s pro-Saudi government.

At least 10,000 people have been killed in the conflict, which has also forced millions of Yemenis to flee their homes, largely destroyed the country’s economy and given rise to a deadly cholera epidemic.