The party urged "the Houthi militia to immediately release the abducted members," and held it responsible for their safety 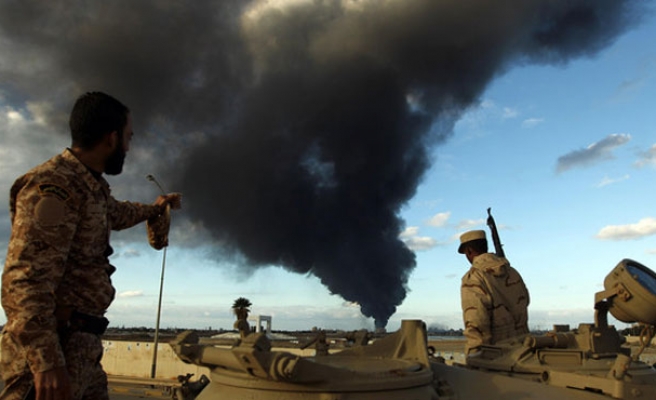 Yemen's Muslim Brotherhood-affiliated Islah party on Monday called on the Houthi movement to release four of its members who were abducted in capital Sanaa by the Shiite group a day earlier.

The party urged "the Houthi militia to immediately release the abducted members," and held the movement responsible for their safety.

"The behavior of the Houthi movement towards activists and politicians is reckless and irresponsible; it is a behavior of a militia that is trying to impose its doctrine by force under malicious justifications," the party said.

Houthi leaders could not be reached for a comment.

On Sunday, an Islah party source told The Anadolu Agency that Houthi militants besieged the party's headquarters in Sanaa and abducted al-Oreiqi.

Since it seized Sanaa last September, the Shiite group has taken hold of several offices of the party in Sanaa and reportedly staged attacks on some of its offices in other parts of Yemen.

Houthi leader Abdel-Malek al-Houthi has also recently accused the party of colluding with Al-Qaeda in Yemen.

Tension has mounted in Yemen since the powerful Shiite group seized control of Sanaa in September of 2014. The group has sought to extend its control in other Yemeni provinces ever since.

On Feb. 6, the Houthis issued what it described as a constitutional declaration dissolving Yemen's parliament and establishing a 551-member transitional council.

The declaration was, however, rejected by most of Yemen's political forces – along with some neighboring Gulf countries – which described it as a coup against constitutional legitimacy.

Some Gulf States have accused Iran of backing a Shiite insurgency in the fractious nation.