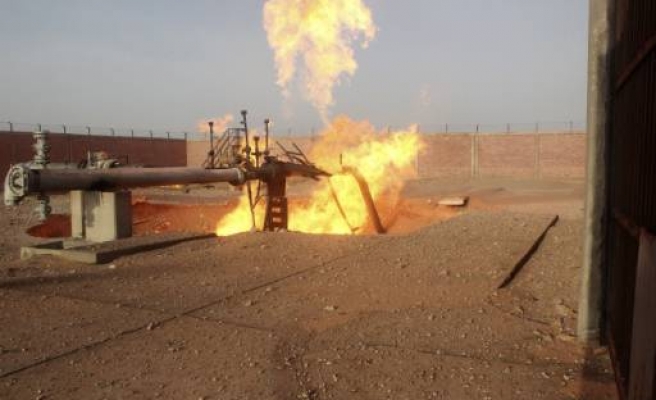 Yemen's oil and gas pipelines have been repeatedly sabotaged by tribesmen feuding with the state, especially since mass protests against the government created a power vacuum in 2011, causing fuel shortages and slashing export earnings for the impoverished country.

The stability of Yemen is a priority for the United States and its Gulf Arab allies because of its strategic position next to top oil exporter Saudi Arabia and shipping lanes.

Saboteurs blew up the pipeline near the Wadi Abida production field in central Marib province. The state-run Safer oil company owns the pipeline, which leads to the Red Sea.

Heavily-armed tribes carry out such assaults to extract concessions from the government - to provide jobs, settle land disputes or free relatives from prison.

A Yemeni oil official speaking off the record said the line could be repaired in one or two days if tribesmen allowed it.

In December, Yemen said oil was being pumped through the pipeline at a rate of around 70,000 barrels per day (bpd). The pipeline used to carry around 110,000 bpd of Marib light crude to Ras Isa on the Red Sea.