On first anniversary of Saudi-led intervention in Yemen, former president and Houthi ally appeals for dialogue 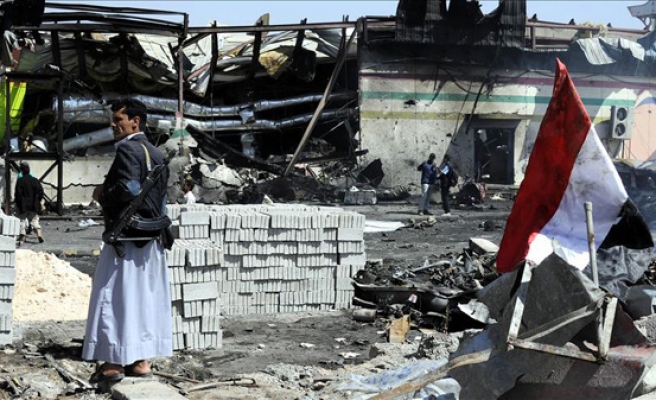 Ali Abdullah Saleh, Yemen’s former president and an ally of the Shia Houthi militant group, called on Saturday for direct talks with Saudi Arabia with a view to ending the ongoing conflict in Yemen.

Saleh issued his appeal in his first public speech since the launch of "Operation Decisive Storm", a Saudi-led military campaign in Yemen that began exactly one year ago.

The campaign is aimed at rolling back earlier military gains made by the Houthis and pro-Saleh forces and restoring the embattled government of Saudi-backed President Abd Rabbuh Mansour Hadi.

"We call for holding direct dialogue with the Saudi regime, which launched this aggression against Yemen, and for the imposition of an arms embargo on this regime," Saleh said in a brief address before supporters in Al-Sabeen Square in Sanaa, Yemen’s Houthi-held capital city.

Saleh accused the UN Security Council of "doing nothing" to stop what he described as Saudi-led "aggression and crimes against the Yemeni people," going on to urge the 15-member council to "assume its responsibilities and end this aggression".

In his address -- during which Saudi-led coalition aircraft could be seen overflying the capital -- Saleh also reaffirmed his alliance with the Houthi militant group, otherwise known as the "Ansar Allah".

Earlier this week, Saleh had called for "steadfast resistance to the [Saudi-led] aggression", in a reference to the year-old Saudi military campaign.

Salah made the assertions in the run-up to a UN-backed cease-fire in Yemen, which will go into effect on April 10 and which will be followed by peace talks eight days later.

Fractious Yemen has remained in turmoil since September of 2014, when the Houthis overran capital Sanaa and a number of other parts of the country.

Saudi Arabia says its year-long campaign in Yemen was launched in response to appeals by President Hadi, who temporarily sought refuge in Riyadh after Sanaa fell to the Houthis.

Ali Abo Rezeg contributed to this report for AA.