Russia's Foreign Ministry says the talks will focus on Iran's nuclear program as well as a Russian-Iranian effort to broker a peace deal in Syria. 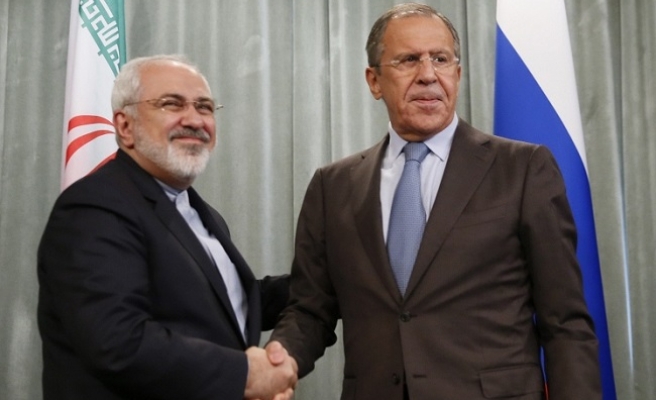 "We appreciate our good-neighborly and friendly relations, our countries cooperate constructively in almost all directions ... we have an intensive dialogue at the highest level," Lavrov said, opening talks with Iranian Foreign Minister Mohammad Javad Zarif.

In a press conference following the talks, Lavrov has said that Syrian leader legitimate, and that "our position unchanged", saying that the Syria's future can only be decided by Syrian's themselves.

"We exchanged opinions on the situation in the Middle East and in North Africa. Special attention was paid to effort towards contribution to the Syrian settlement, that can be only peaceful and can be achieved only on the basis on negotiations between the Syrian parties without interference from outside," Lavrov said.

Russia rejects any preliminary agreements that say that Syrian President Bashar Assad will have to leave his post, Russian Foreign Minister said.

"Several our partners think that they need to agree beforehand that Assad will leave his post after a transitional period. Russia does not accept this position," he notified.

Referring to the developments in eastern Ukraine, Lavrov also said that it appeared that Kyiv is preparing to renew large-scale fighting.