A 'Cold Crisis' between Russia and the US

Besides the problems between Obama and Putin, among the many reasons presented by the White House regarding this cancellation is the failure to make progress in five dossiers. 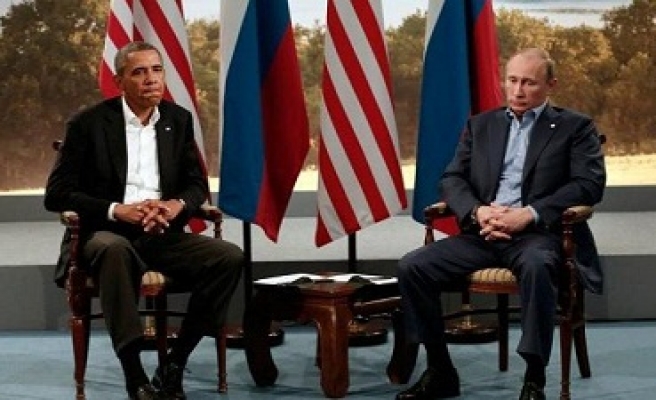 Following the Edward Snowden crises as well as other issues of debate, it seems that something similar to a "cold war" scenario is developing

US President Barack Obama's decision last week to pull out of the upcoming US-Russian Summit, which was planned to take place in St. Petersburg this September before the next G20 meeting, has suddenly stirred up controversy regarding whether or not ties between the US and Russia have hit a new snag. While some analysts reckon that this move by the US president has brought us back to a "cold war" scenario, others claim that relations between the two nations have been weakening over the past year, especially after Russian president Vladimir Putin's return to office. Since Putin granted US fugitive Edward Snowden temporary asylum for one year, they believe that the cancellation of the summit is nothing more than a natural outcome.

Besides the problems between Obama and Putin, among the many reasons presented by the White House regarding this cancellation is the failure to make progress in five dossiers. The issues of Start II, nuclear weapons, human rights and trade aside, the subject of the extradition of Edward Snowden, whose recent statements have left the US government in a difficult situation, has taken prominence. What is more important than Snowden himself is the information he is carrying in the four suitcases with him. The US believes that this information could prove to be a threat to national security.

In April of this year, the US stirred another crises by filing a report listing the names of eighteen officials thought to be responsible for the death of Sergey Magnitski in a Russian prison in 2009. These officials were barred from entering the US and had their assets frozen. Russia's reaction to this list was equally as damaging to US-Russia relations when they also prepared a list barring certain US officials from Russia. Before this crises could get out of hand, the incident regarding Edward Snowden took place. Acting within Russian state policy, in granting Edward Snowden asylum, Russia also managed to take advantage of waning public opinion about the US (according to Lavada's latest poll, 36% of Russians are in disapproval of the US).

Both leaders sat side by side at the G8 Summit in Northern Ireland in June. However, the two leaders were not able to break the ice at this summit, and both seemed a little uncomfortable in front of the cameras. While Barack Obama tried to humor his opponent by cracking jokes about age and sport, Putin replied sternly by saying "we are trying to make me laugh in order to improve the atmosphere." This gives us some idea of the point we are currently at. Besides talking about organizing a conference on bringing peace to Syria, nothing else on the agenda was discussed. After George W. Bush's era came to an end, Putin suggested that a "new beginning" was possible and took the necessary steps to rebuild this relationship by signing the Start II agreement in 2010. Besides this, he also gave his support to the US government in regards to Afghanistan and North Korea. As well as that, he took a more open position on Iran's nuclear program. In doing this, he expected the US to take similar steps, as a new beginning would require mutual trust.

However, like all relationships, it didn't take long for this one to be tested. The winds of change blowing from North Africa all the way to Yemen proved to be the first challenge. For the Russians, who interpreted this change as being a result of US attempts to gain the upper hand in the region, this "new beginning" came to an end in Libya. Russia thinks that the unipolar world order that had emerged after the dissolution of the Soviets is aimed to continue and that there is a lack of strong will in overcoming these emerging crises. Within this framework, despite the weakening position of the Western states, their neglect of the global transformations resulting from this crisis, as well as their seeking of "helper pilots" in their attempts to continue down the path of that which they are familiar with, is something seen as unacceptable by Russia.

In the past two years,  with the Middle-East in the forefront as well as parallel developments in Europe and the Asia-Pacific, the president of the Russian Federation Vladimir Vladimiroviç approved of Putin's new foreign policy on February 12th. In March, Foreign Affairs Minister Sergey Lavrov mapped out the philosophy and spirit of the new foreign policy in an article published in an international lifestyle magazine. In addition to being an update of the old concept of foreign policy which was approved in 2008, the new concept calls for many changes.

Let us take one of these issues into consideration within the framework of our analysis. Over the past few days, a battle of words between Washington and Moscow has lead to the Americans consistently implying that we are returning to the cold war era, while it seems that the Russians have avoided making such claims. The reason why Russia has specifically avoided mentioning this term in the documents of its new concept for foreign policy is because they have opened a new chapter in diplomacy  and because they do not believe this reference to the past fits in with the reality of the new world . Furthermore, Russia does not believe that constant attempts by the US to liken the situation to the cold war is a mere naïve mistake on their behalf.

Besides being an important area of conflicting interests, developments in Syria and Iran will decide who will become the central base of the new world order. Vladimir Putin's planned meeting with newly elected Iranian president Hasan Ruhani in Bishkek on September 13th has also been a cause of increased anxiety for the Americans.  Russia has responded to American policy on Iran sternly, and this has strengthened Iran's hand in the field of diplomacy.

When one thinks about the various channels of keeping contact that were used even during the cold war era, one understand that the cancellation of the US-Russian Summit does not necessarily signify the end, and this was confirmed in a meeting last Friday in Washington in which US defense and foreign affairs ministers agreed to continue the relationship. The position of the US can be seen as a weakness correlating with their failure to accept the new international crisis the world currently finds itself in.