The Turkish snap elections are around the corner with the country at a crossroads as to the final outcome on Sunday. 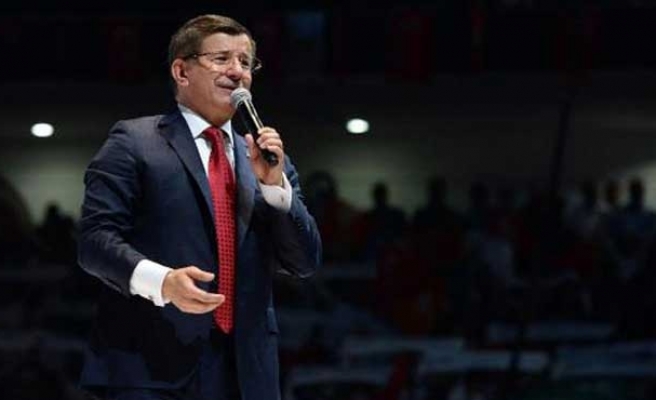 With the November 1 snap election fast approaching, the Turkish electorate is readying to head to the ballots once more for an outcome which will be determined by the performances of three of Turkey’s four parliamentary parties.

The parliamentary seats garnered by the conservative Justice and Development Party (AKP), the Nationalist Movement Party (MHP) and the leftist pro-Kurdish People’s Democratic Party (HDP) will decide the future government of Turkey.

The election, called for by President Recep Tayyip Erdogan after the four parliamentary political parties – including the second largest, the Republican People’s Party -- failed to form a government, will be the second in just five months.

The conclusion of the June 7 elections resulted in a spread of seats that ended the 13-year uncontested single party rule of the AKP under Erdogan.

In the absence of a parliamentary majority and a total refusal between all four parties to form a coalition of any sort, Turkey was left without a functioning government amidst increasing militancy and economic volatility emerging from the precarious political situation.

The AKP, having secured single party governments through landslide victories in the 2002, 2007 and 2011 general elections, is seeking the same result once more.

Even though the AKP lost its parliamentary majority on June 7, the party did win the most votes in the election; this outcome is unlikely to change and any future government will need to be formed with its cooperation.

However, the AKP and many of its supporters hope for an electoral outcome that will see the party form Turkey’s new government single handedly.

As it stands the AKP, now led by Prime Minister Ahmet Davutoglu, finds itself in need of 18 more parliamentary seats than they were able win in the last polls in order to achieve the administration they desire.

Three recent polling surveys suggest that the AKP may just be able to obtain its fourth majority government.

The Istanbul-based Konsensus Research Company predicted that 44 percent of the Turkish electorate would vote in favor of the AKP. The result would see 272 deputies elected from the party, just four short of single party governance.

Konsensus’ results were almost identical to those from MAK Consulting and PollMark, which predicted 43.5 and 43.9 percent electoral support for the AKP, respectively.

The influx of support assumed to be heading the AKP’s way appears as if it will come from voters who had favored the MHP and smaller parties whose candidates failed to make it into the parliament.

Although the MHP had profited from growing support during the June swing vote, a recent breakup in the party’s administration and criticism of some of its hardline supporters, coupled with what seems to be the Turkish public’s desire for governmental stability, suggests the party now stands having the most to loose.

According to the results of the Konsensus survey, the MHP is expected to receive only 11.6 percent of the electoral vote, down from the 16.3 percent garnered on June 7. The poll also showed that an estimated 19.3 percent of voters who had voted for smaller parties that failed to enter parliament would also slide in favor of the AKP.

Similar results were predicted by the MAK survey, which indicated that the party might secure 14.8 percent of the popular vote.

Since the surveys were conducted, the MHP has taken yet another blow to its political ambitions.
A prominent member of the party, Kemal Saracoglu, and 151 others announced on October 22 that they have shifted over to the AKP.

With the MHP continually losing its popularity, it runs the risk of falling under the 10 percent electoral threshold it needs to enter parliament.
Set to directly benefit from the drop in MHP support, the AKP doesn’t seem far from its ultimate goal.

But this will be no easy task as Turkey learned from the previous election; there is now a fourth political party capable of passing the electoral threshold.

Despite securing enough votes to enter Turkey’s Grand National Assembly on June 7, the HDP and its officials have become the center of controversy resulting in a drop in its support.

Both Konsensus and MAK predicted a decease in the HDP’s support, estimated a drop from 13 percent to 12.5 and 12 percent, respectively.

The predicted drop comes amid an internal security crisis with the outlawed Kurdistan Workers’ Party (PKK) in Turkey’s southeast, where the HDP gains upwards to 85 percent of its support due to the area’s predominant Kurdish population.

The close relationship between many of the HDP’s members and the PKK, a separatist group placed on the terror lists of Turkey, the United States and the European Union, has lowered its support rates.

The elections come as PKK attacks on Turkish security and police forces -- which have killed 165 people including 35 civilians -- are at a five-year high following a deteriorated ceasefire.

The Turkish armed forces have responded to the attacks with heavy aerial bombardment of the group’s bases in Northern Iraq and southeastern Turkey, reportedly resulting in the deaths of over 2,000 of the group’s members according to military figures.

Among the wounded from the military strikes in Northern Iraq’s Qandil Mountains was Nurettin Demirtas, a member of the PKK who happens to be the brother of HDP co-leader Selahattin Demirtas. Nurettin Demirtas, however, is not the only PKK member closely related to the HDP.

Dilek Ocalan, the niece of PKK founder and figurehead Abdullah Ocalan, caused controversy across the country on June 24 when she was sworn into parliament.

The PKK has also shown signs of its affiliation with the HDP through a series of announcements and videos filmed in Qandil rallying support behind the group.

The HDP refuses any and all affiliation with the PKK militant group.

The recent spree of PKK violence has caused uproar across Turkey, hitting the hardline supporters of the MHP the hardest. Though always staunchly opposed to the existence of the HDP, the MHP’s most right-wing supporters, the Grey Wolves, took to the streets for mass rallies against the pro-Kurdish party.

The rallies against the HDP, lasting September 8-9, turned violent as 128 offices belonging to the HDP were ransacked. The aggression was widely condemned across the country, costing the nationalist party the support of many newfound voters.

Turkey’s second largest political party, the CHP, appears to be the least determining factor in next month’s election results.

Having gained 24.95 percent of the popular vote on June 7, the CHP maintained its status as Turkey’s opposition party.

Unlike other political parties in Turkey, the CHP has not been significantly impacted by the swing vote since re-entering parliament in 2002, and little is expected to change as the group and its support occupy a niche, holding power mainly in western-most provinces.

The CHP’s election campaign has shifted from focusing on ousting the AKP before June 7 to aiming to seize the lion’s share in any coalition government that may form.
However, this strategy is unlikely to succeed as the CHP’s share of parliamentary seats is dwarfed by the AKP’s and a minority coalition would need the cooperation of the mortal enemies HDP and MHP.

With Turkey teetering on the brink of internal and economic instability, the electoral performances of the AKP, MHP and HDP will determine whether or the country will find a brace in the form of a functioning government.