After a long wait of twenty years, Bosnia-Herzegovina is about to conduct its first census. There are ongoing campaigns throughout the country which are especially led by the religious institutions and NGOs 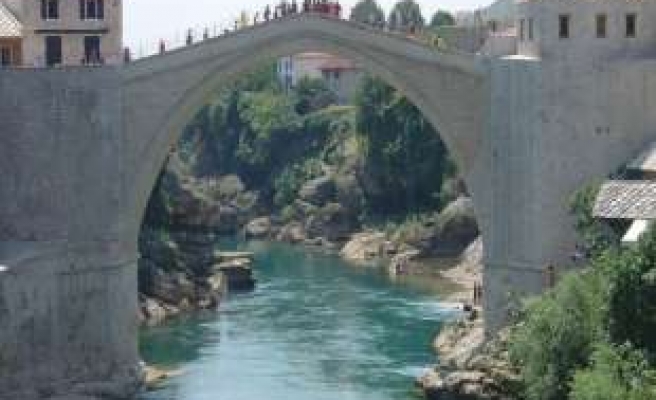 Nowadays Bosnia-Herzegovina is feverishly getting ready for a twenty-year awaited census to be conducted between 1-15 October. Being the first census after the war, it carries a special importance in order to provide the data presenting the alterations within the country in the post-war period. Thus, as expected, there is a huge campaign going on to make sure that the constituent people of Bosnia-Herzegovina - be they Croats, Serbs or Bosniaks as the Dayton Peace Agreement puts it - select the 'right' choice in the three most vital areas - nationality, religion and language. To understand why this occasion has been continuously delayed till now and why it could be a cause of turmoil within the country, several important points must be thought through once more.

After the Second World War Bosnia-Herzegovina emerged as being one of the six republics of communist Yugoslavia. Since the ruling of this federation used an iron-hand, any kind of national feelings were avoided and appeased while the Yugoslav identity was promoted. Living under these conditions, Bosnian Muslims were enforced to declare themselves as either Serbs, Croats or Yugoslavs, if not they were subjected to belong to the group of 'others'. However, Bosnian Muslims were always insistent on emphasizing their distinct identity and therefore nationality. A surprising event occurred in the 1968 census due to a change within the constitution. Bosnian Muslims were then recognized by the communist regime as “Muslims” in a national sense although this was incompatible with the country's principles. The underlying logic in this maneuver was to encounter or surpass the rising nationalism amongst the Serbs and Croats being the majority in Yugoslavia by using Bosnian Muslims as a buffer to balance them. Even though the term “Muslims” as a national identity was insufficient, it was back then considered to be an important step by the Bosnian Muslims in stressing and legitimizing their distinct identity.

Collapse of Communism, Multi-Party Politics and The Road to War

The communist regime of Yugoslavia was shattering in the early 1990s and the emergence of the nationalist parties could then be seen all over the country. Signaling the approaching storm, Yugoslavia was now openly experiencing a national revival among its federal republics while Jozip Broj Tito's dream of “brotherhood and unity” was vanishing astonishingly quickly. In this atmosphere Bosnia Herzegovina was no indifferent. The first Muslim party and also the first non-communist party founded in the country was Party of Democratic Action (Stranka Demokratske Akcije-SDA) by Alija Izetbegovic. However in this post-communist period, there was a vital dilemma over the choice of naming Bosnian Muslims as a nation and this quandary was causing the first splits amongst the politicians and intellectuals. The major rift was between Adil Zulfikarpasic who preferred the term Bosniak and Alija Izetbegovic, whom favored the name Muslim in declaring themselves as a nation. Although for Izetbegovic the term Muslim was insufficient in defining the national identity of Bosnian Muslims, he was well aware that confusion over the matter would cause severe problems especially since the census was about to be held so soon in 1991, while the Bosnian Muslims referred to themselves as Muslims in the last one.

The census in 1991 was very important in a sense to provide an answer to the question, “to whom does Bosnia belong?” In this last census conducted, Bosnian Muslims composed of 1,905,829 people, constituting 43.7% of the whole population, while Serbs were holding 31.4% and Croats made up 17.3%. Also another crucial matter was that Bosnian Muslims were declaring their language as Bosnian rather than Serbo-Croat in this census, stressing their individual national identity emphasizing over their differences. The most prominent factor in this census was that the leading Bosnian Muslim politicians and intellectuals were accepting the multi-ethnic character of the country while they were publicly promoting the historical preservation of the borders rejecting any kind of divisibility.

Acceptance of 'Bosniak' as National Identity

On March 3rd Alija Izetbegovic, the elected President of Bosnia-Herzegovina in the first multi-party elections held in Yugoslavia, declared the independence of the country as a free state within its historical borders as a result of the referendum held over the issue. While the majority of the population supported the declaration of independence, meaning 64.31%, Bosnian Serbs were boycotting the referendum with the desire of remaining as a part of a declining Yugoslavia.

In 1993, when the war was already on the stage, the Bosnian Assembly adopted and acknowledged the term Bosniak as the national name of the Bosnian Muslims, in an attempt to cease the arguments over the dilemmas. Thus for Bosnian Muslims, it was Muslims who fought in the war, and it was Bosniaks whom emerged out of it. The Dayton Peace Agreement which stopped the war, recognized Bosnian Muslims as Bosniaks as well in referring to them as one of the constituent peoples of the country along with Bosnian Serbs and Bosnian Croats.

With the end of the war, an extraordinary institutional structure was created in which the power-sharing and ethnic quotas were the key concepts in this system. Under the pressure of trying to formulate a solution that was to 'satisfy' all of the parties or not to 'offend' any of them, ethnic politics were installed in every dimension of the governmental institutions. Therefore developing a robust political system seemed to be illusionary. From the top to the bottom in each segment there was a reference to the ethnic features in the governmental institutions. While the citizens were subject to residential limits, they also could not be elected in one of the layers of the government ranging from the country's tripartite Presidency to the House Peoples or House of Representatives, if they were not Croats, Serbs or Bosniaks or in other words belonging to the group of constituent peoples.

A very famous incident called the Sejdic-Finci case in that sense was showing how the minorities or the others were deprived of their rights in the Bosnian political system. Mr. Sejdic declaring himself as being from Roma origin and Mr. Finci, as a Jew holding prominent public positions, were considered ineligible of being a candidate in standing for the elections of the House of Peoples and the collective Presidency since they were not affiliated with one of the constituent peoples of the country's constitution, Annex 4 of the Dayton Peace Agreement.

A Census After 22 Years

This year a two decade awaited census is to finally be conducted between 1-15 October, after the delay in July. Since all of the ethnic groups meaning Bosniaks, Croats and Serbs do take this census very seriously, there are ongoing campaigns throughout the country which are especially led by the religious institutions and NGOs. Although there are 46 questions to be answered to provide data over a range of issues such as the education level, literacy rate, age– surprisingly the most vital questions are not considered to be about nationality, religion and language. Since this census is going to show the alterations and dramatic changes within the country in the war and post-war period, the results are crucial.

There is a caution alert from the Croatian Catholic Church, Serbian Orthodox Church and Islamic Community of Bosnia in answering these three questions. While Croats are informed to pick Croat, Catholic, Croatian - Serbs are to choose Serb, Orthodox and Serbian in responding to nationality, religion and language respectively. When it comes to Bosnian Muslims, the Islamic community is urging them to declare themselves as Bosniaks in order to avoid any confusion over the old dilemma of naming their nationality as Muslims or Bosniaks. Another important warning is based upon the language as the Bosnian Muslims are advised to register their mother tongue as Bosnian, stressing their individual identity as a nation. In here relies the problem, if Bosnian Muslims name themselves as Muslims, in referring to their identity during the Yugoslav era rather than their modern identity as Bosniaks, they would be counted as 'others', thus increasing their number or percentage in the whole population of the country. This issue contains the risk of making Bosnian Muslims even more of a minority within their own country.

Another prominent point for this census is that it contains both the citizens of Bosnia-Herzegovina living within the country and the diaspora outside the country. The first results of the census will be announced in 90 days and the detailed ones would be issued between 1 July 2014 and 1 July 2016.