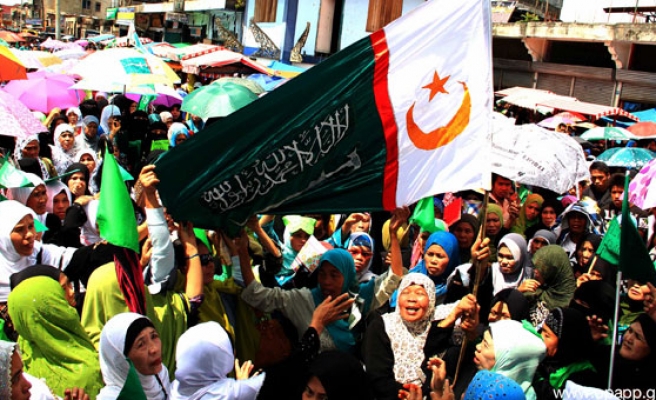 However, an incident occurred on January 25, 2015, clashes happened in Mamasapano between the government forces and the militia, during the operation to arrest high ranking terrorists. The clash resulted in high number of casualties between the groups, with Philippines National police suffered it single biggest losses of any operations in its history. This incident gave double blade backlash. The incident reduced public support for the agreement; with some dubbing the agreement would bolster not only Muslims of the region but also terrorists. Senator Ferdinand Marcos Jr. ( son of president Ferdinand Marcos, whose term in office oversaw the beginning of Muslim armed insurgency ) the Chairman of the Committee on Local Government in the Senate suspended the hearings on the Bangsamoro Basic Law (BBL) due to the bloody encounter, with many other Senators also withdraw their support.

Bangsamoro and Muslims in generals also faced the similar level of disappointment. The fact that most of Mindanao Muslims reject terrorism and begin to support the peace process is not widely spread in the political circles. Anti-agreement sentiments at the time are slowly shared by ordinary people, rendering the peace process in danger. Unwillingness of certain circles to digest the urgency of passing the bill are creating further backlash in Bangsamoro. They, alongside some of its leaders, see it as an act of betrayal since the single incident is exploited without considering the overall peaceful character of Bangsamoro people. The many crimes committed by central government’s security forces such as

torture, sexual assaults and illegal demolishing and life obstruction was deemed only as ‘collateral damage’ while some incidents perpetrated by separatists are considered by those circles as more than enough to change the peace process.

Senator Aquino then proposed another agreement version; take down almost 80 % of previous agreement’s points. The Aquino version gets more support from the current Senate. The problem is, it is not what the Bangsamoro and its leadership agrees on. It should be understood that they have endured decades of discrimination, semi-oppression and nearly continual struggles for achieving the compromised agreement. Senator Aquino’s attitude of initial rejection and then offering of other agreement version is another way to attempting stick and carrot strategy toward the Bangsamoro, an attempt that do not served peace process. It is serving some circles’ political interests, since the country is entering into an electoral cycle, a cycle in which every issue would be used to bolster politicians’ electability, not least among Philippine conservative electorates.

There is still hope that peace can win. President Aquino has clearly made a point that whoever comes to lead the next administration should go through with the original peace process. Upcoming Senate would be relieved from electoral pressure, therefore could rationally consider the BBL agreement. Public pressure, correct government narration and media willingness to see from two sides would help the Bill to smooth passage in the Philippines’ senate. The reality of certain Senators who from the beginning opposed any power devolution and certain conservative interests who do not want see it to happen must not overshadow the willingness of Mindanao Muslims to compromising by abandoned their hope of independence and the eventual need for peace in Philippines as a whole. Any attempt to put a form of political game theory will not serve anyone’s interests, because after these long years of struggles the Bangsamoro/Mindanao Muslims will not be the one who blink or “changing their cars’ track”.