Can anyone stop the Brotherhood? 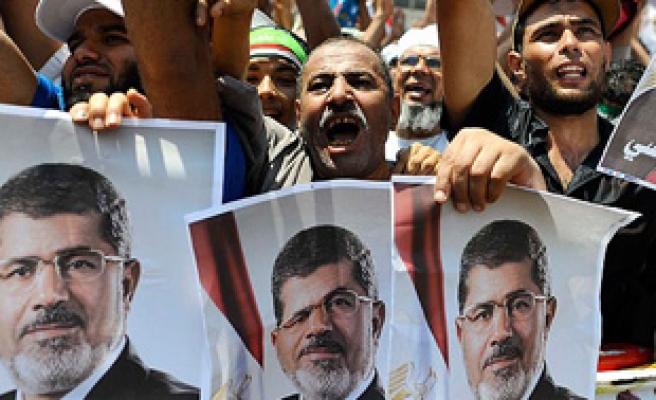 The case for the closure of the Muslim Brotherhood is being dealt with in Egypt’s Court of Urgent Cases. The Brotherhood has previously been outlawed twice in its history, but is now facing a court order in this manner for the first time.

The organization was first banned on 8 December 1948. This decision was taken by the then defense minister and prime minister, Mahmud Fahmi Basha al Nukrashi. Within a month of this decision, the Muslim Brotherhood responded by assassinating al Nukrashi.

The second banning of the Muslim Brotherhood happened during the reign of Jamal Abdunnasr. After falling into disagreements with Abdunnasr, Abdunnasr outlawed the group in January 1954 for conducting political activities.

Yesterday, as the court read its verdict, it was declared: ‘All activities linked to the organization will cease and all transferable and non-transferable assets belonging to them will be seized.’ According to some, this has been interpreted as spelling the end for the Brotherhood’s political arm, the Freedom and Justice Party. The 86th article of Egyptian law forbid non-governmental organizations from carrying out political activities. In banning the Brotherhood, the party became a governmental party with ties to an illegal organization. Even if it is not directly linked to the Brotherhood, it could still be closed down.

It is probable that the Brotherhood will take the court’s decision to appeal within fifteen days. Anyone who receives any harm as a result of this decision has the right to take the case to the court of appeal. The appeal does not necessarily have to be made by the organization or its directors.

It is interesting to note that despite the organization being banned, none of its members have been expelled from politics. For this reason, there is no legal obstacle preventing the likes of Khayrat al Shatr and Muhammad Badi running for presidency. This has been a talking point for many Egyptians.

The decision of the court implies that it does not have the power to bring an end to the Muslim Brotherhood completely, because it is almost impossible to outlaw an ideology that has an eighty year history. Therefore, the words ‘activities’ and ‘Egypt’ were chosen specifically.

Even the judges realize that the organization cannot be banned completely, and that its activities in Egypt can only be outlawed in the short-term, because the Brotherhood has active branches in over seventy countries. Its ideology has also spread among the masses in countries like Turkey and Pakistan. Consequently, the Brotherhood cannot be stopped.

It is a political movement amongst the Egyptians. It is struggling to restore democracy in Egypt and that appeals to all Egyptians wether they are its followers or not old and young a city dweller or a villager, man or a woman Muslim or a Christian.