If Khan succeeds in delivering on his promises, he would strike two birds with one stone: improving the brand image of Pakistan, while reining in the most extremist groups by breaking their ‘quasi-monopoly’ on the religious discourse 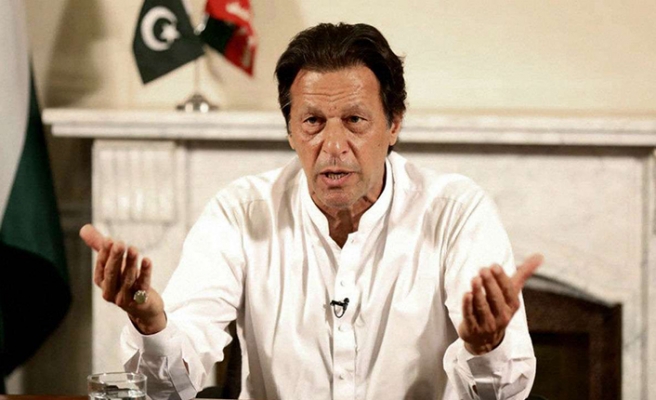 After decades of bad press, the representation of Pakistan has become tainted internationally. The country is more often than not depicted as a breeding ground for terrorism. With the passage of time, this has allowed negative perceptions to take root in the mindset of people around the world. A survey conducted by the Asian Affairs Journal [1] Weblog asked a number of diplomats what came to mind when they heard the word “Pakistan”. The responders, overall, mentioned five words: weapons, terrorism, security, Islam, and the Taliban. The media is indeed a powerful medium that can etch in people’s minds lasting impressions.

The recent Supreme Court ruling regarding the decade-old blasphemy case of Asia Bibi [2] led to a confrontation and protests organized by an extremist group Tehreek-i-Labbaik Pakistan (TLP), paralyzing the country for three days. This might be yet another episode that portrays the country in bad light. However, the newly elected Prime Minister Imran Khan addressed the nation in a speech, in which he reemphasized the Islamic basis of Pakistani legislation, underlining that no law in the country could supersede the Qur’an and the Sunnah. Similarly, he maintained that the sentiments of the extremist groups were neither a measure of success, nor a source of legitimacy for the court rulings.

The fact that the Pakistani prime minister frequently dwells on the Islamic discourse in his public addresses is particularly salient for appreciating his communication strategy, with which he is clearly endeavoring to reclaim the religious realm from extremist groups. In almost every interview that Khan gives to international or local media outlets, he affirms his religious reference as a Muslim and a spiritual person. Therefore, beyond measuring the impact of his discourse in winning hearts and minds inside Pakistan, I believe that this endeavor will also eventually result in improving the country’s brand image.

One of the observations about Khan’s communication strategy is that he is trying to use the Islamic agenda as a catalyst for social welfare and economic development. Therefore, there is a merging of Islamic identity and economic prosperity, which is clearly echoed in his addresses, the former being the main principle in the making of Pakistan and the latter speaking to the grievances of the people, who desire to see betterment in every social aspect. This is definitely an interesting development, for if Khan succeeds in delivering on his promises, his leadership would strike two birds with one stone: improving the brand image of Pakistan domestically and internationally, while reining in the most extremist groups by breaking their ‘quasi-monopoly’ on the religious discourse.

By realizing smooth transitions in electoral cycles, a charismatic leader like Imran Khan emerged and won the electoral race in 2018. As he gained momentum and became popular on the political front, his leadership became a subject of curiosity in the global media and among political pundits. But Khan’s Islamic identity did not evoke the usual stereotypes that the Western media is particularly keen on projecting. This distinguishing factor can also be found explained in an article, in which Imran Khan offers his reflections [3] on the notion of polarization, which divides the Pakistani society: the Western-educated elites who do not understand Islam versus the conservative population that reacts against them. He further argues that resources must be mobilized to help the educated segments understand real Islam while mediating a dialogue between the two opposite poles.

Pakistan has not witnessed before a political leader utilizing this kind of strategy. Khan seems to understand the challenges of the modern world. He also knows his priorities: he has to address the country’s economic and social grievances, but he cannot deliver if the Islamic legitimacy of the state keeps being challenged by the most extremist elements. Therefore, he communicates with the people directly via television and social media. Among the reasons behind his effective communication, his past as a sports celebrity may be mentioned.

Imran Khan’s breaking away from the old status quo in the electoral contest of 2018 was merely the latest of many challenges in his two decades of political life. His stance against corruption and nepotism aligned with the grievances of an emerging social class in Pakistan. This developing society demands economic opportunities and social development. However, the most extremist elements in the country impede these chances of success with their Don Quixote-like battles. Nevertheless, there is hope on the horizon and many in the country feel that Pakistan has finally jumped into the 21st century. If Khan, with his communication acumen, utilizes this capacity fully and wisely, he might have a very positive and long-lasting impact on Pakistan’s polity.