Christmas Before Christ: December 25 and Paganism

As Christians around the world celebrate Christmas, historians and theologians question whether the holiday really celebrates the birth of the so called 'son of god' or the 'sun-god'. 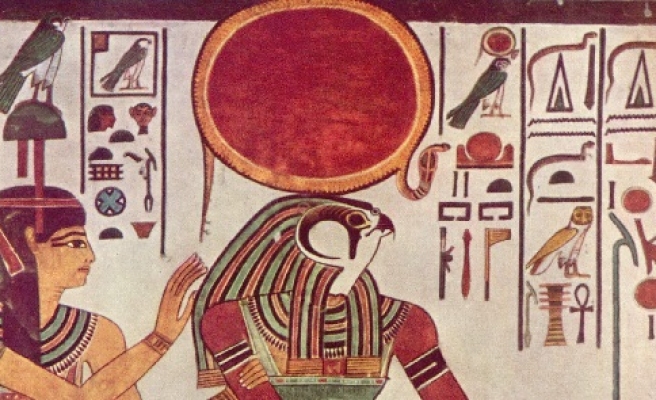 Christians around the world celebrate Christmas, which is marking what in common Christian culture is believe to be the birthday of Jesus Christ. This is a tradition that is centuries old, and dates back to the mid-fourth century when the Romans officially accepted the Trinitarian narrative of Christianity at the Council of Nicaea in 325.

A Roman Christian scholar by the name of Valentinus produced the first documentation of Christmas being celebrated on December 25 as a special feast in the year 354. Particularly, a Greek Saint from that era called Saint Nicolas, who lived in what is today known as Turkey, was also well-known for delivering presents to children on that day. His tradition continued, developing into the character of Santa Claus. Although in the past century, which has seen the rise of secular materialism and a decline in spirituality, it can be argued that Christmas has lost its significance as a religious holiday, but it is still nonetheless celebrated worldwide, albeit in a commercialized fashion.

However, it is virtually impossible to find any evidence that Jesus and his disciples celebrated on December 25. In fact, it is highly unlikely that he was even born on that date. Christians of the East Orthodox Church traditionally celebrated Christmas on January 7, while Jeffery Sheler’s 1996 report ‘In Search of Christmas’ states that a document found in North Africa dated back to the year 243 suggests that Jesus was born on March 28. Furthermore, Luke 2:7-8 clearly states that Jesus was born in a time when the shepherds of Palestine were out with their flocks, which due to the cold, is not possible in the winter.

Regardless of when exactly Jesus was born, the date of December 25 has always played a significant role in the calendar, even before Jesus was born. In pre-Christian pagan belief, December 25 marked what was known as the Winter Solstice. Sol is the ancient Latin word for ‘Sun’, and Stice literally means ‘standing still’. It was celebrated by sun-worshippers as the day signaling the middle of winter, the shortest day of the solar calendar. This day was celebrated in different ways by different people all over the world.

For the pre-Christian Romans, December 25 marked their most important holiday, Saturnalia. This was later renamed to ‘Sol Invicti’, which means ‘the unconquerable sun’, in honor of the Syrian sun-god Apollo. Ancient Egyptians also used to celebrate December 25 in worship of Ra, or Horus, the sun-god child of Isis and Orisis. In Mesopotamia, the mythical god Marduk, who was believed to fight against the cold and darkness, was also worshipped on this day. The Aztecs on this day would sacrifice children in worship of their sun-god, Huitzilopochli. North-western Europe hosted festivities for the Nordic god Balder, while the Ancient Greeks dedicated the day for Adonis and Dionysos. For the Ancient Persians, December 25 represented the birth of Mithra, the sun-god.

Mithraism in particular was transferred to Europe from its land of origin, Iran, via the Greeks, who had conquered the Persian Empire under Alexander of Macedon in the fourth century B.C.E. It became widespread throughout Europe, and was even existent at the time the Romans had decided to adopt Trinitarian Christianity.

Before its adoption, Christians were heavily persecuted by the sun-worshipping Romans, and was not so much seen as a religion, but rather a renegade sect of Judaism, which mainstream Jews themselves rejected. Trinitarian Christianity finds its roots in the teachings of Paul, an ex-bounty hunter of Jewish origin who used to persecute Christians under the command of his Roman masters. However, after he claimed to have a vision in which Jesus supposedly told him that he was the son of God, he began to preach Trinitarianism – the concept of three gods in one. His counterpart, a Jewish companion of Jesus by the name of Barnabas, who is believed to have preached the oneness of god, was against preaching to the non-Jews, unlike Paul. Meanwhile, the Jews in the Roman Empire were revolting. Barnabas himself was killed during one of these revolts in his homeland Cyprus.

However, the idea of one god – otherwise referred to as Unitarianism – lived on and thrived, particularly in North Africa. Arius, a Libyan Unitarian, represented the call for one god during the early fourth century, while the strand of Trinitarian Christianity preached by Paul also flourished. Ultimately, after Roman Emperor Constantine chose to convert to Trinitarianism, Arius was killed along with many of his followers. The rise of Trinitarianism then saw the gradual merger of Jewish traditions and Mithraism, or Roman sun-worship, with the celebration of December 25 as the birthday of Jesus Christ as a symbol of this unholy marriage.

Do not delude yourself. Delusion is a false way to express reality.Instead prayer to Walt Disney the creator of Mickey Mouse!

Actually the feast of St. Nicholas, falls on December 6, at the beginning of Advent. This day brings much celebrating, especially in Eastern Europe and Germanic countries.Where St. Nicholas is prominent, his day, not Christmas, is the primary gift giving day. Parties may be held on the eve, December 5th, and shoes or stockings left for St. Nicholas to fill during the night. Children will find treats of small gifts, fruit or nuts, and special Nicholas candies and cookies. St. Nicholas gifts are meant to be shared, not hoarded for oneself.St. Nicholas is one of the most popular of all the saints. He is the patron saint of Russia and the special protector of children.Santa Claus, also known as Saint Nicholas, Father Christmas, Kris Kringle and simply "Santa", is a mythical figure with legendary, historical and folkloric origins who, in many Western cultures, is said to bring gifts to the homes of the good children on 24 December, the night before Christmas.

It would be better for Christians to replace this day with what we call Christmas. Of course our Lord Jesus was not born in December but we celebrate his birth of forgiveness on the 25th of December. He opened the door for us not to be blamed for what happen before we were born and that we are blameless for what other people did. That is the gift of life. That is where good works or deeds start with given and sometimes it is called the season of given. People run around adding good deeds in before the year is up. This good spirit washed away the bad sacrificial spirit. Instead we honor children. Doing bad things to children distorts the good spirit and renews the bad spirit. So we religiously renew the good spirit in December before the New Year starts.