Tension between Saudi Arabia and Yemen has also been increasing. Of course, behind this tension, the problems of the Saudis with Iran become even more obvious. 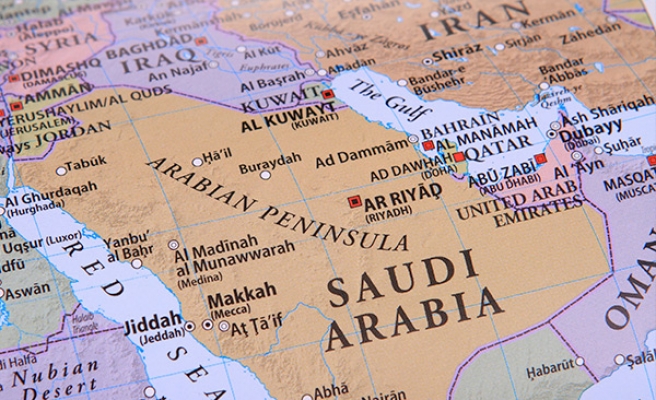 We have witnessed important political developments in the Middle East. In Saudi Arabia many were discharged and taken into custody at the order of King Selman and his son Muhammed bin Selman. Meanwhile, figures standing against the current authority died of various reasons. Many commentators claim that the current authority of the country wanted to consolidate its power and eliminate its rivals. As seen, in Saudi Arabia the situation has not ended yet and in coming days within this framework we may also witness another important developments.

The Lebanese Prime Minister Hariri's threat to the security of his own life, pointing to Iran in particular, and his resignation on the grounds of this threat, as well as his visit to Saudi Arabia, made the Middle East equation even more complicated. From one side, Lebanon is almost a powder keg.

The comments from the Israeli and US counterparts within in this regard increased the tension even more.

In the Middle East it is not impossible to imagine that such conflict would result that could not be compensated. May Allah save us.

In Northern Iraq tension has not decreased

The referendum decision of the Kurdish Regional Administration in Northern Iraq, its implementation, and the later developments led to Massoud Barzani eventually discharged. Talabani ve Barzani were the two most influential figures in the Kurdish region for many years. After the death of Talabani and discharge of Barzani relations among the actors influencing the region has established once again.

In this process, with the support of foreign actors, we have witnessed that the central government of Iraq is increasing its dominance in the northern regions.

Turkey supports the moves of the Iraqi central government in this regard and the developments that have emerged have consequences that prevent PKK from moving easily. In the rapidly changing Middle East environment, we will see where the process will go in time.

While maintaining the control of conflict areas in the Idlib region on the Syrian front, and the encircling activities of PKK/PYD-dominated areas in Aphrun, Turkey is currently trying to prevent PKK from gaining dominance in northern Iraq. Trying to establish a Kurdish military presence with the support of USA that could threaten Turkey along the southern border is a serious issue. Moreover, the fact that this entity has the intention to surround Turkey from the south poses a threat to our borders.

In the last attacks in Hakkari occurred, where many of our soldiers have been martyred, weapons given to the PKK/PYD forces in Syria by the US to use in the combat with ISIS were used and we have to be aware of this danger. May Allah give patience to the families, whose relatives were martyred during the attack.

As seen in the last incident, with the weapons provided by a NATO member, separatist elements attacked and martyred the soldiers of another NATO country.

This development is not only contrary to the general balances established in the Middle East but also in the whole world.

As a hegemonic force, the United States has entered a very risky path, showing such destructive attitudes and continues to walk on this path.

We hope that they will correct this mistake in a short span of time. Of course, we also wish that the states that are active in international politics should not remain silent in the face of these political situations and prepare the ground for the emergence of more calamitous developments. Consequently, we believe that this event will go down in history as a very important international scandal.

On the one hand, Turkey is trying to lower the tension in the chaotic order of Iraq and Syria and to control the divisive and destructive interventions of forces outside of the region, while on the other hand it is trying to prevent the mentioned countries from making into an almost uncontrolled weapons store and the demographic structure of the region from changing on the pretext of ISIS. Moreover, Turkey expends energy on the heartbreaking human tragedy in this politically uncertain region. In brief, it endeavors in multiple areas.

Turkey's external relations continue at a unprecendented pace. In the past weeks President Recep Tayyip Erdogan's visits to Belgrade and Novi Pazar have had a huge impact on the region. This week, Vice Prime Minister Hakan Çavuşoğlu's visit to Western Thrace has created a joyful atmosphere in the Balkan region. The arrival of Russian President Putin to Turkey and the subsequent visit of Prime Minister Yildirim to the United States has been an important step in a multifaceted foreign policy. Inshallah all these visit traffic will provide the expected benefits.

World Bulletin is in charge

As World Bulletin, we are interested in the events of our region specifically, and we also strive to inform you about the hot events in Turkistan, Balkans, Africa and of course Europe, and to transmit as correct as possible comments and analyzes about those events.

We also try to publish on our website translations from various sources and analysis of Anatolian Agency or of the people and institutions we trust their interpretations as well as original analysis. To conclude, our intention is to be able to present a clearer platform of thought to our precious readers who follow us.

In the meantime, the fact that Turkish Red Crescent was elected as the European President of International Federation of Red Cross and Red Crescent Societies (IFRC) shows the success of this institution working hard for years to relieve humans’ suffering and strive to help those in need to the international community. We sincerely celebrate the Red Crescent President Dr. Kerem Kınık and all the members of the team for this success.

As the family of the World Bulletin, it is our greatest objective to be able to face our audiences with a content filled with more beautiful and pleasant news.

May Allah be with you.