An intense infighting among different factions of the party can partly be blamed for this, nobody expected such a rout. 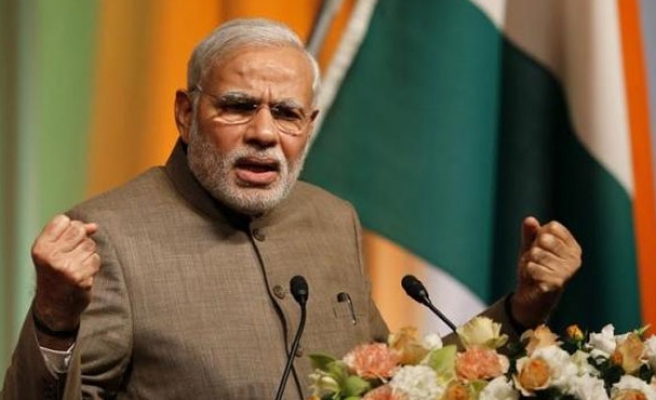 Thousands of people were cheering and drumbeating and dancing in a raucous impromptu celebration on the roads of Delhi, the national capital of India as the result of the state-level election came out. All the roads and streets were filled with common people expressing their extreme joy and bursting fire crackers in jubilation.

The Aam Admi Party (AAP) led by Arvind Kejriwal fulfills the aspirations of Aam Admi (common man) of India. It made a history of the sort with its landslide victory by winning a sweeping majority of 67 out of 70 seats of Delhi Assembly. Astonishingly, a political novice like Kejriwal, with his just two-year old party, has dealt the deadliest blow to the veteran ultra rightist Bhartiya Janata Party (BJP) led by the Prime Minister, Narendra Modi.

Some political analysts feel that it was kind of referendum on the Modi’s style of governance and people have given their clear verdict – they have rejected it outrightly. Nobody, not even happy victors and sad losers, had expected this kind of result in their wildest imagination. It never happened in the history of elections in India or perhaps the whole world.

Undoubtedly, even victors are feeling the chill of this overwhelming victory when people have unanimously shown their absolute trust and faith in the AAP leaders. While waving at his supporters amid loud cheers, AAP chief Arvind Kejriwal congratulated the people of Delhi and said, “We moved ahead on the path of truth and won.” “This win has scared me too. The kind of support people has given us, I would like to tell all workers not to be arrogant,” he further added.

Ashutosh, a former Indian Television journalist turned politician and the spokesperson of Aam Aadmi Party, said, “The administration is rather the easier part. More difficult is our “mission” is to change the political culture here, provide a model where an ordinary common man is encouraged to become a stakeholder in our democracy and that is a big, huge challenge for us.”

But it was certainly the most crushing defeat for the BJP, which is ruling party at the centre and which had come to power just nine months back with a thunderous landslide victory in India’s general parliamentary election. An intense infighting among different factions of the party can partly be blamed for this, nobody expected such a rout. Most of its political heavyweights had to suffer shameful defeats. Even its chief ministerial candidate, former Indian Police Officer, Kiran Bedi, another political novice who was brought into the party fold as a “trump card” at the last minute just one month before the election, lost from the seat, where BJP has always been winning for the last five elections.

Too dumbfounded and refusing to accept the defeat, Bedi said, “I have not lost. I would have accepted defeat if I had not given my best efforts. It is for the party to analyze the reasons behind the defeat.” It seems to suggest it was not her loss but BJP’s loss.” Such politically explosive statement even shocked her party leaders and other political workers. But then Bedi is no politician by training or experience; rather she, along with Kejriwal, was one of the leading members of India’s famous socio-political activist Anna Hazare led anti-corruption movement. When Kejriwal had launched a new political outfit, the Aam Admi Party, he had invited Bedi to join it. But because of some differences she had declined to join.
The rise of Aam Admi Party and its new breed of politicians on political horizon seem to be a fresh gust of air in the stale atmosphere of Indian politics. Most of its leaders are political novices and have come from different walks of life and joined the party to fight against prevailing corruption in India. They are writers, poets, journalists, social workers etc. and by nature they are basically social activists. Hence, they are more grounded and concerned about the real issues and problems facing the common man in India.
AAP chief Arvind Kejriwal himself is a former tax inspector and anti-corruption activist. He has pledged to reform Indian politics and society, campaigning against the “deep rooted corruption and VIP culture” that has spread like cancer in the entire political and administrative system in India. In fact, for long it has become common characteristic in the entire south Asia.

In all public meetings and government’s forums Kejriwal appears with a scarf wrapped around his head, the way poor working class people protect themselves from the harsh winter of Delhi. Unlike hardcore politicians from elitist culture, he is easily an directly accessible to people. Perhaps these are the reason that people of Delhi have so overwhelmingly and strongly supported him in spite of all the negative campaigns against him.

It is interesting to note here that the AAP had held the reign of Delhi briefly a year ago and during its rule there were wide-ranging positive changes in the functioning of Delhi administration. Kejriwal had slashed the prices of the essential items and provided much needed reief to common people by lowering the bills for electricity power and water supply. He, however, had resigned after a chaotic 49 days of his government. That had angered the people and they thought him as an escapist or even worse, a runaway vagabond in politics.

Perhaps that was the reason that AAP got severe drubbing from the people in the last Parliamentary election and its maiden attempt to fight the parliamentary election had proved a complete flop show. But he soon learned a lesson from this and when he hit the road for election campaign in Delhi, first thing he did was to accept his mistake of running away from Delhi government. He and his party leaders profusely apologized to the people of Delhi. It is clear from his victory that people of Delhi have forgiven his first “mistake” wholeheartedly.

Now on 14th February, Kejriwal will be sworn in as Delhi chief minister and then he will announce his cabinet of ministers. This will be a different kind of “Valentine Day” for the people of Delhi. This date is also important because on the same date last year he had resigned from the government and dissolved the Delhi assembly. Once again coming to power with renewed faith and trust of people he has great responsibility to fulfill his promises of a clean and efficient administration.