Egypt is not only composed of Sisi

In order to ease the military regime’s oppression on the Muslim Brotherhood, and to look after the possible mediation opportunity, the channels should have been kept open 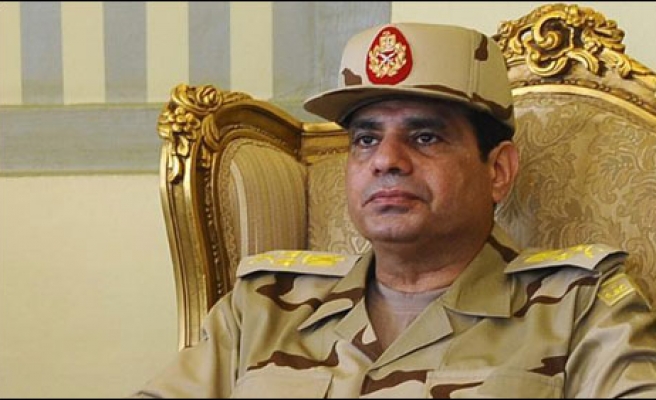 Generally, diplomats don’t like people who behave like a know-it-all, and they won’t do this either. Of course, the journalists, columnists and some commentators are topping the list of those people. Some of the academicians who can develop strong arguments and slot everything in place and some columnists, because of their relations, might take this seriously. By the way, we cannot deny that the press is being highly cared about in order to form a public opinion; from time to time press members will be informed, and even they would pretend like they are asking for the press members’ opinions.

Despite this, the sharing of some subjects is beneficial. For example, in an environment, where the news comments that use a language, which almost wants their country to be in trouble, come out while the thesis, which grabbed Turkey by the throat, is being discussed, it’s clear that saying that some things can be done in some different way will not be welcomed too well in a tense political environment. Likewise, it’s quite possible to be perceived like “the one who doesn’t know information”, or in other words “the one who behaves like a know-it-all”, which is possessed by the foreign policy producers, the analysts close to them and even the writers.

This matter cannot be avoided with excuses like the conspiracies and the sieges of the great powers in order to limit Turkey’s new moves and to receive Turkey. And even the taking of some steps, which are completely independent from all this, had become an exigency. The Syria policy had turned into a wound that had become gangrenous, and this required a strategy change that will prevent more bloodshed. With each passing day, the fact that Egypt is one of the issues that Turkey is required to review their policies towards is making itself felt even more.

First, let’s make these fixations: The president, administration, which had come with the first free election in the history of Egypt, had been collapsed by means of a military coup. A legitimate President and government had been declared as illegitimate; the state terror had been conducted against the millions that supported them. Thousands of people had been put into prison, the demonstrations had been suppressed by means of bloodshed in the scale of slaughter, and the country had been caught in the clasp of a military dictatorship.

In exchange for this, Turkey had criticized this condition officially at the highest level, and taken up a position on the side of the legitimate administration. The Western countries, which are quite eager to give democracy and human rights lessons to the world, had almost supported the military coup, by keeping quiet. The reason was clear; they were supporting the removal of the political segment, which they don’t seem close to themselves. The transition period, which had been adopted in order to domesticate the region, including Islamic movements, to prevent them from articulating to the system, didn’t work out, and it was as if everything went back to factory settings.

Right at this point, Turkey’s situation became critical. It was almost as if Turkey had been handed the microphone, and was nominated as the role model of the Arab Spring. The coup had turned this upside-down. Most importantly, the bloodshed had begun and tens of thousands of people had been put up in prisons. The civilian demonstrations are still being suppressed with blood. What could have been more natural than the “Rabia” solidarity of the community and the diplomatic reactions in Turkey? Of course, excluding the people who kept quiet against the coup only because of domestic political reason, the people who secretly supported the coup, and the segment that speaks slowly but carries a big stick…. The romantic revolutionist consciousness, who sings songs to the revolution at a mountain village which they can’t even point to on the map, was feeling a secret happiness against the fascism happening in the biggest country of the Middle East.

Within this context, while the coup and oppression was being objected at the highest level in Turkey, we had reached the point of burning all the bridges with Egypt, independently from the governments. The support towards the Muslim Brotherhood had been manipulated by Sisi and thus been transformed into hostility. Putting administrations aside, the transformation process of both countries’ communities into enemies of each other, had been used greatly as a political tool by Sisi.

At this point, where is the error that should be repaired?

During the cold war period, Turkey and Egypt had been in different camps. Let us not forget; one of the reasons for the death of Enver Sadat (Anwar Sadat) was the fact that he had supported the Rums (Greek-Turkish) in Cyprus.

The unity with the underdogs, the pursuit of justice and the stance against the junta, has a noble side to it. Right at this point, the problem is this; No state will show tolerance to any political movement that has outer connections. Politically, even if it’s illegal, somehow the state can come to terms with a local movement.

The support and unity, shown by Turkey from the lowest to the highest level, had prepared a platform for the Muslim Brotherhood to be perceived as the extension of Turkey inside or to be introduced like this. Objecting against the coup and implementations as a civilian at the communal level or even at an official level to a certain extent is something, and completely burning bridges is something else, and in the long run, this will bring Egypt closer to Israel. After all, the objective of the coup was directed at deactivating the administration that was questioning the Camp David equation. In the case that Egypt, Iran and Turkey come together, the Middle East will be open to outer intervention all the time, inevitably. Similar to what we are experiencing nowadays….

In order to ease the military regime’s oppression on the Muslim Brotherhood, and to look after the possible mediation opportunity, the channels should have been kept open. In this sense, while objecting to the coup politically, if an attitude, which would keep some channels open in the state level, was conducted, then it would have eased the oppression on İhvan.

What was necessary was; objecting to the coup in a political sense, and it should have given support with communal reactions. However, we should avoid using a language that will burn the bridges between the two countries and two communities, which are permanent – unlike the temporary governments. Let us see that the Egypt, Turkey and Iran differentiation had provided a golden chance at a moment, when the outer powers had attempted to re-design the region.