Elusive justice and freedom in Chechnya

Be it Chechnya or Iraq, Chile or Afghanistan, the repercussion of western powers’ injustice and criminal assault on the sovereignty of these countries can go a long way and has far reaching implications. 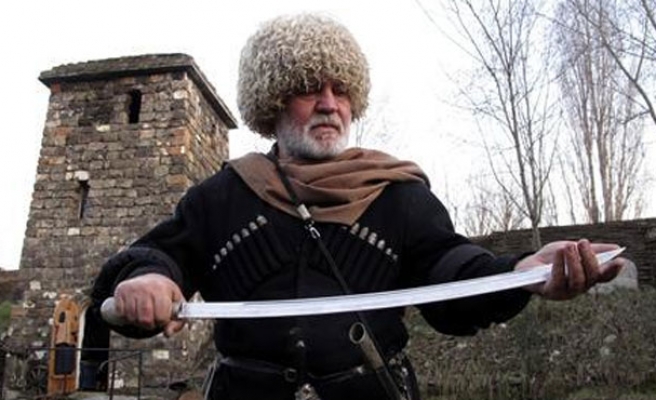 “Why don't you meet Usama bin Laden, invite him to Brussels or to the White House and engage in talks, ask him what he wants and give it to him so he leaves you in peace? You find it possible to set some limitations in your dealings with these bastards, so why should we talk to people who are child-killers?”

It was not the words of a criminal who used such abusing language. Rather, this unparliamentarily statement was made by the Russian President, Vladimir Putin, in 2004, while talking to foreign reporters about the US calls for a diplomatic solution to the conflict in Chechnya after some criminals and terrorists from the region killed 380 hostages at a school in the town of Beslan in southern Russia. Of course, it was a great tragedy and such mindless killing of children must be condemned in the strongest possible words and actions. They were dirty criminals who committed such dirty acts. But it was also the case of a pot calling the kettle black. The same Russia used violence and brutal forces to kill hundreds of thousands old men, women and children of Chechnya. There was not a single protest in the world

For long, the civilized world has been sitting with their face in the sand of time expecting that the storm of injustice and violence against the weak and poor people of the world would pass them unscathed. But this Ostrichian syndrome has been proving very costly for the world at large as it has given rise to an onslaught of terrorism that not only goes on abated but is increasing by leaps and bound with the passage of time. Be it Chechnya or Iraq, Chile or Afghanistan, the repercussion of western powers’ injustice and criminal assault on the sovereignty of these countries can go a long way and has far reaching implications.

Chechnya is a very strong case in this respect as it has been a thorn in Russia's eye for nearly two centuries. Aspiring to live with freedom and dignity, the Chechens had to wait for more than 60 years when they achieved that after the World War I. But that freedom proved very short lived. Russia again forcefully dominated the region in the chaos following the October revolution. After going through the centuries of persecution and violence,

After the collapse of the Soviet Union in 1991, Dzhokhar Dudayev, a former senior officer in the Soviet air force, had declared Chechnya’s independence from Russia. This was followed by a series of Russian invasion in Chechnya to destabilize the newly independent country. However, the Chechnya’s armed groups under the leadership of Dudayev gained an increasing hold there and he became more outspoken in his defiance of Moscow. Russia under Yesltsin’s leadership failed to handle the situation amicably.

In a cowardly desperation, Russia sent large forces to Chechnya in 1994 and started a war there. It is said that around 100,000 people had been killed in the 20-month long war that began in 1994. Russia used all kind of unjust means in a vicious bid to quell any sign of dissent and opposition and bring the rebellious region back to its fold. However, early promises of a quick victory soon proved a futile expectation as the Chechens put up fierce resistance to the Russian assault. As a result the death toll mounted.  To this day Chechnya problem has not been resolved yet.

The Chechens' craving for sovereignty and freedom is quite understandable. Equally understandable is Russia’s use of violence and terrorism to keep Chechnya under its control. Obviously, Russia has an eye on the large wealth of petrol and other natural resources which Chechnya has in abundance. Russian greed is the main reason for the long conflict in the region. In view to the strategic importance of the Chechnyan region for Russia’s oil industry and a long history of conflict between Russians and the Muslim nations on the other side of the Caucasus, Russia has always been trying to maintain its stranglehold in the region by hook or by crook.
As an ethnic gathering, Chechens had been historically mistreated and abused by the Russian administration, and the Soviet realm before it.

The Chechens were not permitted to return home until 1957 after their deportation in 1944. Naturally then, at the time of perestroika, most grown-ups Chechen were individuals born in Siberian banishment. How can they ever be sympathetic or respectful to Russian administration after going through such harrowing torture and brutality in the hands of Russian armed forces?  It is not surprising that they would not like to live side by side with the Russians, who had damaged their lives.

Even now Russia had no proposition of perceiving Chechen freedom. After a controversial referendum in March 2003, a new constitution was approved, giving Chechnya more autonomy but stipulating that it remained firmly a “part” of Russia. In spite of protests and oppositions Russia ruled out their participation. A farcical Parliamentary election in November 2005 witnessed the pro-Moscow United Russia party win over with clear margins. Although the Chechen rebels dismissed the election as a Russian charade, President Putin publicly announced the completion of the legal process of restoring constitutional order in Chechnya.

In April 2009, in a grand show of large heartedness Russia announced that the situation in Chechnya had improved to such extent that it felt able to end its military operation against the rebels.

But has the rebellion really ended? Did Chechnya find the elusive justice and freedom? Answer to this question is an unequivocal “no”. Earlier, there were some feeble criticisms by the US and west European countries against Russian brutality in Chechnya, but sadly after 9/11 even that died down. Russia continued its highhandedness in the region without facing a single protest from so-called civilized western world.

Very cunningly, Russia has succeeded in portraying Chechen rebel forces as part of the global terror network and utilizes the lame tactics to vindicate its acts of violence and suppressions. The so called “civilized” western world must wake up to this reality and condemn the continuous human rights violations in Chechnya and help find an amicable resolution of conflict there.