Extending an olive branch to capitalism 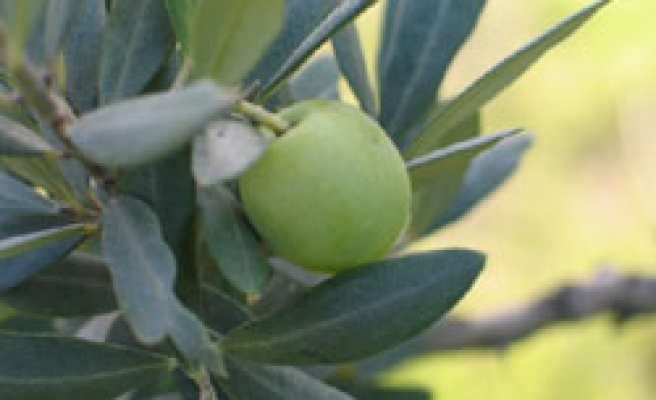 The uprooting of olive trees is unlike the uprooting of any other tree. This ancient tree that grows in the Mediterranean region is mentioned in the Quran, along with the fig tree. Those that know nature is something that Allah has given us for safe keeping, and those whose minds and conscience have not been corrupted by the philosophy of enlightenment know that trees and nature are mentioned in the verses of Allah.

The mindset of enlightenment perceives nature as a monster that has to be suppressed and overcome. By suppressing the “monster” through technology and the use of machinery, the supremacy of mankind over nature is also established. The modern being, apart from establishing supremacy, also derives its legitimacy for exploiting the resources of the world through enlightenment. It paves the way for unrestrained capitalism to constantly display its strength in order to feed its insatiable appetite for profit.

We have left behind the era of unrestrained capitalism but the backdrop of thought that shapes the relationship between the modern being and nature still runs strong. The person who vows to overcome nature not only destroys his environment but also depletes his own generation. We are faced with a homo economicus that states that “humans are the foundations of humans.” Inspired by social Darwinism, races and classes will engage in a race of selection and those that succeed in overpowering nature the most will make up the highest level of a socioeconomic structure.

The economy-politics formulation will develop as the economy progresses and the relationship with capitalism becomes more refined. Modern economics will rationalize everything that makes excess and extravagance the norm. From this point of view economics is the science of making the world’s limited resources meet the unlimited needs of humans. Homo economicus, which has removed God from the equation and is engaged in a struggle with nature, means that while resources are finite, extravagant man has infinite needs…

Resources will be scarce but needs/ desires will be limitless… There is no doubt that the civilization, which has developed this definition of a wild human being, will not hesitate to unleash major wars that will result in mass deaths across the globe.

Global capitalism is also making calculations, to the extent that it can, to keep the depletion of nature within its preserve. As a result of this it can then turn the rest of the masses, who are in a consumption frenzy and addicted to it, into slaves and continue with its social selection plans. Since the world is past the point of no return, reliance on technology and the consumerist habits that arise from it is inevitable… In such a situation things should be frozen at the point they are and the rest of the world needs to be convinced to remain where they are.

This results in the formation of the fundamentals of the political thought that goes on to say, “Let us continue to manufacture and consume while the rest of the world, those that are still developing, should remain stagnant.”

The discourse that arises from “protect the environment, love greenery” but whose proponents are unwilling to forgo the luxury of consumerism and are unwilling to question the global system become tools that serve these policies.

It seems that the possibility doesn’t exist any longer for Western thinking to question itself and confess that it has become stuck. (Serious criticisms are always kept out of the intellectual center.) It has been a long time since Western thinking has developed any founding thoughts. Philosophically, any civilization that cannot create a new era will freeze, repeat itself, and rot. Apart from not questioning this vicious cycle between the economy and politics, capitalism has also been crowned as the victor and the end of history has been declared.

We are wasting our breath as long as alternative movements based on ecology and the Green Movement don’t gain traction in the West and become mainstream, and until the practical and philosophical reasons behind these are not grasped.

Yes, people have been separated from nature and are strangers to it. But they are getting bored with the modern lifestyle and feel the need for a more livable world. What could be more natural than this? It is to the benefit of some not to encourage these same people from forsaking their consumerist habits, to not let them even think of disrupting the economic balances, and not to let them be motivated on the basis of their conscience.

On the other hand, this is where the blockage will appear for the system of thought, which can’t exceed itself when it comes to social theory and philosophical thought, which repeats itself, and doesn’t question the world envisioned by enlightenment.

Those that draw from a belief that the planet is something given to them for safe keeping have a bigger burden to bear when they succumb to consumerism, monopolizing, and look toward increasing growth. Displaying a lifestyle different to the concept of a life worth living and values, on the one hand, shows the appetite for worshiping the material, and on the other hand, will result in a race with others that will not be limited to the destruction of just greenery and the environment. It is the discarding and destruction of the last hope left for humanity.

The olive tree will not forgive betrayal.