Forms of secularism in Tunisia

The culturalization of the religion amounts to compressing it in a certain field and isolating it from life. The “cultural Islam” against the “political Islam” thesis is cut perfectly for this. 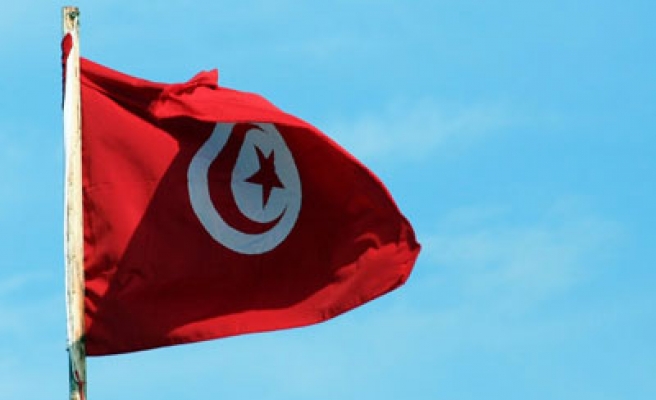 I guess that out of all the factions, the ones that have been the most mistaken in diagnosing the Arab Spring have been – the intellectuals in Turkey at the forefront – the political and academic institutions. Even though there have been quite different reasons for that, it could be summarized as a  lack of interest shown by the insensitive people towards the region, and the sensitive people’s ignorance feeding on heroism. The fact is that every faction has approached the Arab Spring by looking from their own perspective and by also looking at different countries that possess different dynamics, within the same frame…

When we look back, one way or another, there is no other “spring” country other than Tunisia that managed to maintain the process in this way.  At the beginning, the ones who interpreted this process completely as a secular pursuit of freedom, and the approaches, which coat the process with a sheath of an Islamic rebellion, had a hard time comprehending the developments; besides, they even published incorrect results.

One of the pioneers of the Nahda Movement in Tunisia, Rashid Al-Ghannushi’s interesting article was  published in the New York Time yesterday. This is an article that also invalidates every faction, which is consistent within themselves but wants to see Tunisia from their own perspective. In brief, Al-Ghannushi is saying, “What’s happening in Tunisia is not a Secular-Islamist struggle, rather, it is the despotism, and the democracy struggle against it.” The article continues by saying, “There is no benefit in degrading the ‘Islamist-Secular' dual contrast; this is also not correct. In fact, ‘Tunisia’s Citation Party”, as well as the most secular parties are refusing the label of laïcité or secularism, which creates an unnecessary polarization that has no benefit at all.”

In his article, in which Al-Ghannushi is underlining that he is defending a balanced and moderate Islamic understanding, he is predicating Nahda’s pluralist understanding to a 150-year-old past; and this could possibly be regarded as a dispatch to the colonial experience. However, the Secular-Islamist differentiation, which will be corresponding to the dichotomy in Turkey, or the “problem of secularism” cannot be found in most of the Islamic countries, although, the existing problem is  slightly different. To be fair, such a rebuke from Al-Ghannushi didn’t surprise me. Our first long-winded meeting with him was in the 90s, during an international meeting in Great Britain. Rather than a fiery Islamic leader who was obliged to desert his country, he had given me the impression of a milder but still excited congregation leader. I should also say that I had found his approach on the essential matters, which were especially being argued under the conditions of that period and are still being continued over the Arab Spring, as quite eclectic.

Tunisia was an arbitrary regime that fed on the French Jacobean secularism. In  other countries, despotism was being continued within more religious appearances in the beginning, when the totalitarian administrations were keeping the community under oppression by means of external perception. When observed within this frame, it becomes impossible to evaluate the revolting mass within this frame of Islamist-Secular differentiation. Right at this point, the revolutions were transformed with depoliticization. The prioritization of the departure of the dictatorship had brought forth other issues’ postponement. When observed in a sociological and cultural sense, in Libya, Egypt and even in Tunisia, which resembles Turkey a lot on this matter, this secularism had no communal equivalent. The difference between the most secular segments and the segments that are prominent as Islamists cannot be compared with Turkey.

The fact that the French type “laïcité”, the “Jacobean secularism” or the Anglo-Saxon secularism or secularism being more preferable, is a tendency which had been brought forward a lot by many segments including old Islamic leaders and attracted attention, and even being formulated as an answer to many issues. With some kind of post-modern secularism definition, the assumption that an environment, where religion and secularism can be conciliated and where an individual can live his/her religion within the sovereignty field of religion will be formed on its own, is becoming stronger.
It’s not a new case for the people, who label the political activities of the Islamic movements as “political Islam”, to put forward the “cultural Islam” thesis. Similar to how the secularism is being presented as the antidote for the secularism implementations/impositions…

Here, it’s necessary to remark that the compression of the religion in a cultural field and the secularism being actualized within a secular frame are not independent from each other. There are many people who are prone to declare the victory of secularism after reducing the religion, in other words Islam, first to the individual life then to private preferences, and then opening a field within the scope of individual sovereignties. The culturalization of the religion amounts to compressing it in a certain field and isolating it from life. The “cultural Islam” against the “political Islam” thesis is cut perfectly for this.
On the other hand, the Anglo-Saxon secularism or even more philosophic sense the secularism  doing the same function against the Jacobean, patronizing French secularism in reverse. The Jacobean secularism prioritizes community engineering and attempts to design the community. Without a political oppression, Jacobean secularism cannot be maintained.

As for the Anglo-Saxon implementation, which seems to be adopted by the conservatives in Turkey, it brings forward a secularism model that is unique to the more democratic, more libertarian environment. Ultimately, it suggest a community model, which provides not just the political field’s secularization, but also the profanation of the individual’s relation with life, and where the non-religious point of view develops on its own, more than a religious perspective.

The things stated by Al-Gannushi are representing a more consistent line within itself, in the sense of the formation of a political, social environment, where a community can dispose despotic regimes and live more humanely. Besides, the fact that some arguments cannot be explained with the secular-Islamist conflict, shows us that the political mission of the Arab Spring and these communities cannot be interpreted in a superficial way. Both people, who are bickering in the name of Islamism and Secularism, need to re-evaluate the non-political revolutions.